Google’s upcoming Nexus smartphone has been announced for release later this year and speculations are rife that the device will be in the market in October. During the I/O conference last month, the search giant confirmed that the handset will bear its latest Android N operating system, which improves on Android Marshmallow. Android N arrives with refreshing features, which can give a further boost to the Android in the market of OS. We’ve already witnessed how Android is dominating the global market surpassing Apple’s iOS by a heavy margin. During such time of domination, the update on Nexus becomes important considering, Samsung is ruling high in the market. Samsung is the highest selling smartphone powered by Android operating system in the world. 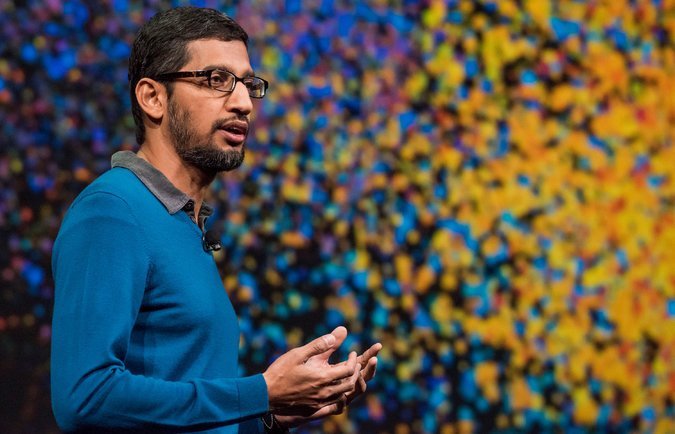 Google CEO Sundar Pichai while in talks with Walt Mossberg addressed the guests at the Code Conference also Verdes, Calif. on Wednesday, hinted at Google Nexus 2016 Update.  This significantly would be an enhanced Nexus 2016 experience.

The CEO said that the future iterations of the Nexus smartphones will still be made by its partner phone makers, like Huawei and LG. He said that the company will put more thought into its future Nexus devices in terms of design and software, especially if this means that its smartphone’s potential will be pushing the boundaries forward. Though he did not elaborate, Pichai did emphasize on new software features of Android on smartphones.

On the issue of Google Nexus 2016 Update, Google CEO Sundar Pichai further stated that the company has no plans to manufacture their own smartphones anytime soon and currently the Mountain View, California company’s main aim is to expand devices in other ecosystems, with Android as the baseline.

The smartphones are manufactured in alliance with partner OEMs. The Nexus 6P, which was released in 2015, was made by Chinese phone maker Huawei.

It appears like the Nexus range of phones is Google’s way of implementing the stock Android experience on smartphones. This means that the mobile devices are not jumbled with other software running on top of the company’s software.

With Google potentially putting a lot more input on the new devices, what new changes users can expect?

Well, rumor has that the search giant has partnered with HTC for this year’s two Nexus 2016 devices, codenamed Marlin and Sailfish. The Taiwanese multinational has been struggling as the company reported a decline of 64 percent in revenue in the first quarter of this year.

The latest rumors concerning Google Nexus 2016 Update suggests that the biggest change in the designs is that the smartphones will be without the OEM branding. Since its first release in 2010, the Nexus handsets have always sported the name of its manufacturer stamped on the back. However, as mentioned future devices will no longer have these.

Another possible change reported is that the devices, whether a smartphone or a tablet will share the same aesthetics as the company’s Pixel products. The device is also said to have better hardware optimization than the Huawei Nexus 6P and LG Nexus 5X.