Google Pixel 4a with its high defined camera and the Apple iPhone XR with its stand-out Face ID- Which one would you choose?

The Google Pixel 4a is one of the great budget Pixel phones available, with a high-end camera, upgraded software and powerful overall performance. Similar to that is the Apple iPhone XR, which is a beautiful, user-friendly phone with a robust camera. The Apple iPhone XR is undoubtedly the best budget Apple device available today.

The Google Pixel mobile 4a is one step ahead in comparison to its predecessor- the Pixel 3a. It has a sleek and tiny edge display with a punch-hole selfie camera in place of the large bezels in the Pixel 3A. The only turn off is the cheap black plastic that covers the rear. The iPhone XR, on the other hand, has a pretty look with sleep edge display and a characteristic notch. The stand-out point for the iPhone XR is the glass rear that gives it an edge over the Pixel 4a in terms of looks and sophistication. In terms of the touchscreen, the XR however, loses points as its resolution is 1792 x 828 pixels in comparison to the Pixel 4a’s 2340 x 1080 pixels.

The Pixel 4a is powered by the Snapdragon 730, while the iPhone XR has an Apple A12 Bionic chip. The 4a offers 6GB of RAM and the XR iPhone only 3GB.  In terms of performance, both the phones stood out comparatively well and similar. 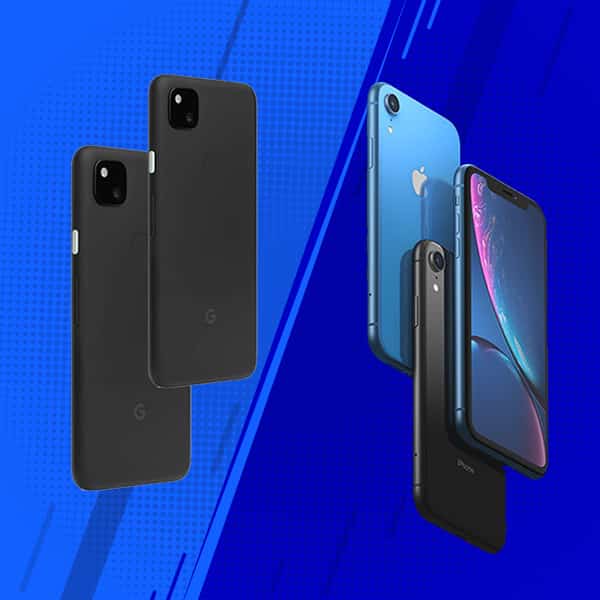 The Pixel 4a has 128GB of internal storage, and the XR offers 64GB, with the option to upgrade 128GB at an additional cost of $50. The Pixel 4a also has a larger, 3,140mAh battery, when the 2,942mAh powers the iPhone XR. Due to this difference in battery size, the Pixel 4a can last for two days at moderate to heavy phone usage, while the XR lasts for only over a day.

The Pixel 4a has a robust camera with 12.2MP rear lens. This is super-enhanced with Google’s artificial intelligence (AI)-based software which means users can click superb photos in any condition. The iPhone XR’s camera is comparatively good, though not as excellent as the Pixel’s. The iPhone has a similar 12MP, without any additional telephone lens. Both smartphones have comparatively similar video capabilities. They let users shoot 4K film, although the XR will do that at 60fps, while the 4a gives only to 30fps. However, the 4a enables capturing 1080p film at 120fps, while the XR does the same at a maximum of 60fps.

In terms of software and updates, both the phones are equally good. However, though the real context of Android versus iOS will depend solely on the priorities of the user. 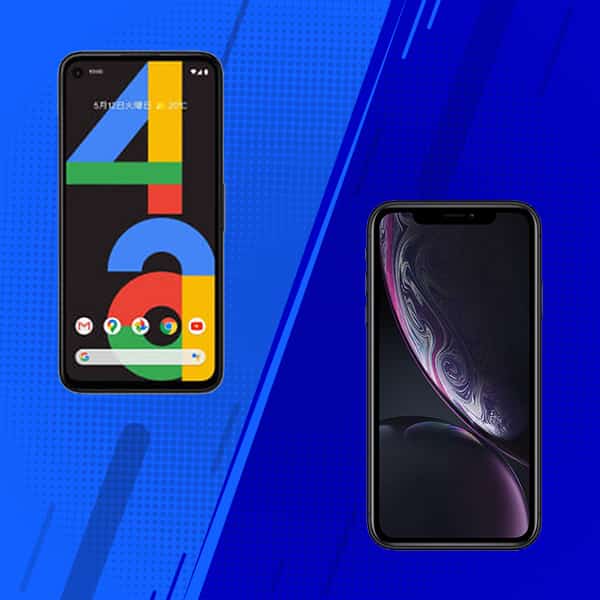 The unique feature of the Google Pixel 4a is its flagship-level camera. It also has several other upgraded features like Google Maps’ augmented reality directions and the A.I.-based feature named Call Screen. In the case of the iPhone XR, its unique feature is the TrueDepth selfie camera system, which enables user Face ID. This makes the phone more secure and protected. The TrueDepth camera also offers Memojis, which are funfilled lifelike avatars with which the user can copy their facial expressions and use them on FaceTime calls.

Google’s decrease hardware presentation was a slickly-produced 30-minute concern with four products, as expected. You can familiarity it or catch up on the biggest announcements. Outside of some actual neat software tricks, there were no big surprises.

But it turns out that we didn’t recognize every single detail there was to distinguish about the Pixel 5 and the Pixel 4A 5G. And with every new, small detail it became clear Google has certain to play it awfully safe with these phones. Every verdict it made was about carrying costs down without compromising the fundamentals.

Many of the choices Google made were in service of guardianship the cost down. It erased the Pixel Neural Core processor used for photo processing. It went back to a fingerprint sensor in its place of face unlock. It chose to evade the glitziest phone features like ultra-high resolution displays, three camera arrays, curved screens, and even the utmost influential processor available.

The new Pixels aren’t just playing it safe in terms of pricing for a bad economy; Google is also being fairly conventional in their design. Perhaps the greatest wow-inducing design feature we gotten about is that the Pixel 5 can do wireless charging despite having an all-aluminum body. The hoax is that there’s a hole milled out in the back and then painted over with plastic. On the Pixel 5 expressly, there are untold examples of Google sticking to the tried and true.

All these behaviors that Google chose to play it safe aren’t just reasonable, they may end up being smart. That doesn’t mean these Pixels won’t face a rough road trying to contend with Samsung and OnePlus — they will. And there again, I think Google knows it how to deal with the competition.

Lastly, there’s 5G. Google’s line was that it would “put the G in 5G” and after I recovered from my full-body cringe, I understood it was yet another instance of playing it safe. And not in a good way, this time.

Follow through some remarks and then realize if you sort the same leap I do. It’s noticeable that US carriers aren’t working to give any help to a non-5G phone. It’s also evident that the only US carrier that has actually given the Pixel the time of day is Verizon. And Verizon’s 5G network is still exceedingly dependent on the mmWave flavor of 5G that only works in a few spots in big cities. And supporting mmWave in a phone is more luxurious than simply doing sub-6.

The Pixel 5 costs $699 and there’s one model of it for all carriers. The Pixel 4A 5G is $499, but the Verizon version of it with mmWave costs $100 more. So it attitudes to motive that the Pixel 5 is more lavish than it could have been without mmWave.

But including it was the safe bet — even if it looks like a mistake. It abridges the product line, for one thing, and it possible serves as a concession to Verizon. And even though the Pixel is further broadly accessible these days, Verizon certainly is the carrier Google can’t afford to offend.

Google Pixel 4a 5G vs iPhone 12 Mini: Specifications and Features