Usually, a precise check for syntax errors and memorizing commands is involved while learning to code. We’ve always viewed coding as a boring and complex subject. But, what if coding was fun and colorful? What if it could let one communicate with the real world? It would be absolutely great, isn’t it? As the age of computer learning is growing with every passing day, early introduction to the language of coding is becoming a necessity. Tech giants are gradually coming up with various appealing offerings to develop coding skills in kids. 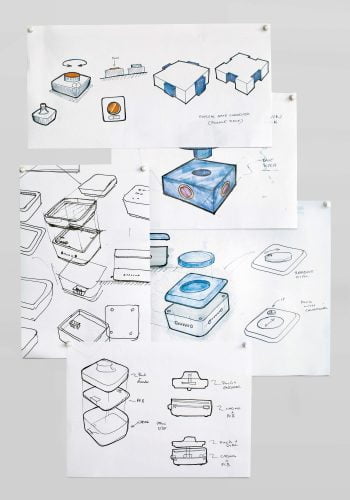 Yes, you heard it right. At WWDC 2016, Apple announced Swift Playgrounds app to teach coding to kids. Taking a page out of Apple’s strategy, in order to introduce coding for kids, Google Inc. has announced its tool Project Bloks, which has been designed to develop coding skills in kids. This way, the search engine behemoth wants kids to learn how to code and make gadgets with the help of programming.

The idea behind introduction of Project Bloks is to teach the logic behind programming, so that children can pick up fundamental coding skills during their play time and can transfer the same knowledge for developing applications in real-world. The programme will inspire children to create things with the help of tangible programming done over a platform with open hardware. With the help of this, kids can generate control mechanisms for toys and robots.

Bloks is a system that consists of toy blocks that can be connected together by kids to control various toys using fundamentals of programming. It makes learning to code easier for kids. The Project Bloks includes three major components: Brain Board, Base Boards, and Pucks.

The project, in addition to Google, is receiving collaborative contributions from design firm IDEO and Stanford University’s Paulo Bilkstein.

Google wants to appeal toymakers who can use this model for creating coding toys, in a wider variety to sell in the market. Well, Google and Apple aren’t the first ones to initiate developing coding skills for kids. Modular items, like Caterpillar from the house of Fisher-Price, has been working on a similar execution sharing the same goal, i.e. introduce coding for kids.

The effort to introduce kids to the world of coding at an early age is a great move taken by the tech companies. Apple, for instance, introduced the youngest  developer, Anvitha Vijay, who created Smartkins Animal, an iPad and iPhone app about various animals, at age 9. This can be regarded as a huge leap in the world of coding.

Arriving back at Google’s project, it isn’t available commercially at present, but in order to get a chance to participate in the program, educators can register on the Blok’s official website.

For everyone else, this project by Google will be available for display at the Science Museum London and the Exploratorium in San Francisco.

How Brexit May Push Facebook and Google In Trouble

5 Top coding apps to get inspired with digital conduct