Google is selling at the pace of 10 million TV sets a year.

In a recent interview, Google TV’s director of product management, Rob Caruso said that Google TV might offer many more possibilities than just playing movies and TV shows. He revealed what’s next for Google TV and how the new stuff will be incorporated into the smart TV interface.

Google revealed at CES this month that more than 110 million Android TV devices exist in the world, and these are all active devices. Since last May, there have been more than 30 million devices added, and this is a huge step for the company. A growing number of users have experience with the new Google TV interface, and Google TV is sold at the pace of 10 million TV sets a year.

Caruso said that Google now has more than 250 device partners all over the world, and this number is growing each year. There are also 170 operator partners, and 7 out of 10 smart TV OEMs are producing TVs that are based on the Google TV platform. 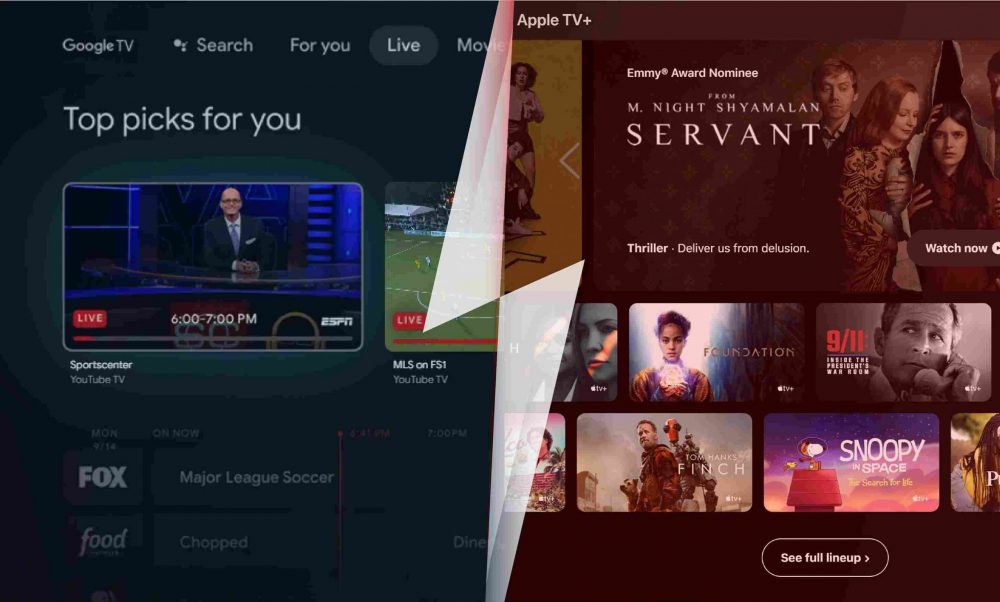 Google is also improving smart home features, and an example of the recent updates is accessing smart home controls via the power menu. This is possible on the best Android phones.

Fitness capabilities are another solution that Google offers to its users. The interface will include the integration of the Google services and devices that come in the form of Google Fit and Fitbit.

Also, third-party systems will be incorporated into this innovation. Similar integration is seen in Apple Fitness+ integration on Apple TV, and the future plan is still unknown. Caruso did not want to reveal the secrets of this plan, but the improvements in the fitness capabilities of the devices will be expected.

Google Duo has been a major video conferencing tool for a long time, and this time, Google is ready to expand the options for video communication that is possible on Android TVs. There are chances that Zoom will be added as a potential service that will be the main service for conferencing. Google TV will be significantly improved by this service.

If we consider the recent announcements, Google is also planning to expand the number of free live TV channels that will be available on the platform of Google TV. They took the necessary steps when they partnered with Pluto TV last year, and the results were very good. As part of this collaboration, users had access to over 300 free live TV channels.

The idea behind Google TV is simple and compelling. The home screen recommendation will be improved, and we will see multiple options when we want to watch something valuable.

Universal search is not completely possible because Netflix, for example, still does not allow people to add shows and movies to the Google TV platform. Caruso did not want to comment on what is going on between these two companies, but we know that he joined Google from Netflix last year, and he mentioned that things will be better when it comes to cooperation between these two giants.

Caruso said that we will see improvements from not just Netflix, but from many other partners that cooperate with Google. The company is still trying to find a balance between system features and app features. This balance can be achieved with constant improvements and system integrations.

Caruso did not mention any specific dates when fitness, smart home, and other features will be available on Google TV, but he stated the improvements will come this year. By that time, we will be able to enjoy the actual TV capabilities of Google TV and we can use the features that are always effective. Google will certainly work on future improvements.