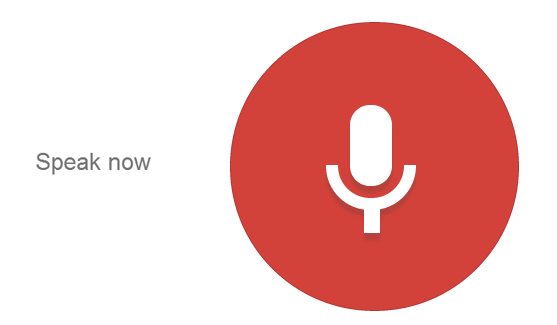 In an effort to make Android devices more accessible to people who suffer from visual, hearing and motor impairments, Google has launched a new Voice Access App that allows users to control their handset completely via voice commands.

Though anybody can presumably be able to use it, it’s designed with specific groups of people in mind, especially to allow people with disabilities who may find it difficult to navigate around a touchscreen take better advantage of core Android functions in a hands-free manner. Currently, it’s in beta, and though the application period has ended, the company says it will be released as a free Play Store app sometime in the future.

After downloading the new beta app, users will be able to scroll with commands and select items onscreen. For instance, they can use commands and say ‘open Chrome’ or ‘go home’ to navigate around the phone, or to go to the next page by saying “Click next”or ‘scroll down,” according to the company blog post.

It also uses numeric system to identify apps and menu options. Apps to drop down menu options will be assigned a number making it easier for users to just say it aloud to perform a task.

The new features included should help Android become more adaptable to any and all users. Apple too has long added such tools for people with vision, hearing and motor skill impairments.

Additionally, Google has also launched Vision Settings that help users to control specifications such as font size, display size, magnification and TalkBack on their screen, which come into view when users activate and turn on their new Android devices. The primary intention here is to enable visually impaired users to independently set up their own device and activate the features they require the most immediately.

With the update, all new Chromebooks will be accoutred with the built-in screen reader, ChromeVox, which help users with visual impairments to use text and speech software to navigate around the screen.

The search giant has also updated its Google Docs that allow typing, editing, and formatting through voice commands. For example, a command of “copy” or “insert table” will allow users who can’t use a touchscreen to easily edit documents and finish the task.

Google is going that extra mile with the new Accessibility Scanner, an Android tool that enables developers to test their own technology applications for accessibility. The tool will provide suggestions for how developers could further enhance their applications, like including bigger buttons where applicable, or increasing the contrast between text for those with visual impairments.