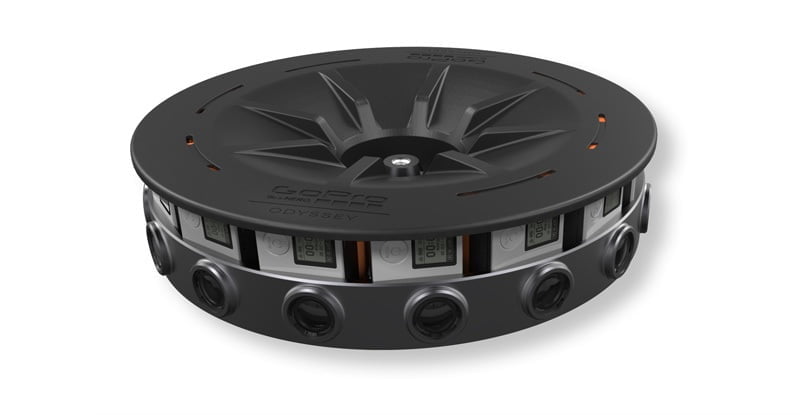 On Tuesday, GoPro, the San Mateo, Calif.-based company announced a limited access program for Odyssey, the 16-camera rig for capturing 360-degree video in stereoscopic 3D that the company unveiled at the Google I/O developer conference in May this year. People interested in making 360-degree 3D videos with the camera rig can sign up to make a purchase.

The complete set includes 15Hero5 Black cameras with special firmware to get the cameras synced up and allowing user controls, a case, syncing cables, a microphone, warranty, and support and is available at $15,000. The program is focusing on getting the device out to professional filmmakers, content creators, news organizations and advertising agencies.

GoPro will start shipping of the16-camera rig in November, initially in the U.S. U.K, Canada, the EU, Japan and Brazil. Interested people can participate in the program by signing up on the Odyssey page on the official company website.

The 16-camera rig uses Jump technology, a video assembler, to seamlessly weave together the footage from each of the 16 cameras. From there, users can upload the video onto cloud. Odyssey is the first hardware product to make use of Jump technology.

It is becoming increasingly common for companies to make immersive videos using such equipment. Earlier this year, Nokia unveiled its own VR camera, Ozo, which features eight shutter sensors.

The price tag for the Odyssey is a little too high considering that 16GoPro Hero4 Black costs as little as $8,000.