Got Millions To Flush? Autonomous Rolls Royce is a Great Idea

Admit it or not, the Rolls Royce concept car unveiled yesterday as a part of BMW’s (parent company) centennial revelries is one of the few wildest designs to have appeared recently. Unless you’ve got a gigantic parking lot and millions to spend, don’t even think of dreaming about it. The car is an ultimate dream of the ones who’ve got millions to flush.

But, just for fulfilling your fantasies, we’ve brought you the YouTube coverage of the most anticipated autonomous Rolls Royce car. Are you prepared to step inside? 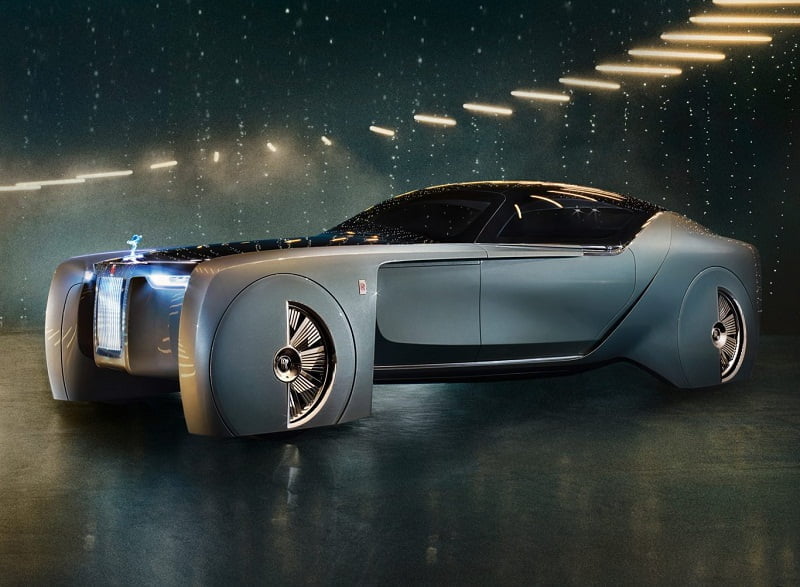 The 360-degree video posted on YouTube of the vehicle will guide you inside the scant cabin as there’s not much to explore apart from some wood trim and luxurious seat. Moving forward you’ll notice the door and roof opening for you as you make your entrance, which offers some serious ‘HOLLYWOOD GALA’ vibes.

The video for the autonomous Rolls Royce car is hosted by the AI personality ‘Eleanor’. Rolls Royce concept car strongly focuses on Artificial Intelligence. The Mini Vision Next 100 by BMW uses a bot named ‘Cooperizer’ and ‘Companion’.

Since its origination, the Rolls-Royce company is known to be the manufacturer who churns out the most exceptional concept cars and brings them into reality. The global luxury car manufacturers feel that it arrives as no secret that the future belongs to the technology of autonomous vehicles. Rolls-Royce has been working on the concept for a long time, but for the first time, it has given a name to its artificial intelligence. It has named the future car as Eleanor.

Arriving back to the Rolls-Royce’s breathtaking concept car- Eleanor, the bots’ function has been left vague intentionally, though it seems that parent company BMW is looking for a Siri feel in autonomous Rolls Royce project. It wants a disembodied voice, which can help you with anything related to the trip or car. The automated digital voice in the car simply takes the vision of car a level beyond what is being anticipated.

While autonomous or electric vehicle companies might be content to establish a sensible, smart, and everyday mode of transportation, Rolls Royce is thrashing the notion with its first self-driving car concept. According to the company, the car is designed for the most powerful and discerning patrons in the world.

“Our vision, in its purest form,” the company wrote, “is to create the automotive equivalent of haute couture. This is the future of luxury mobility.”