Apple Inc. is all set to reveal its most anticipated next-in-line iteration of the ever popular iPhone flagship. The Silicon Valley behemoth usually upgrades its iPhone lineup during the first week of September. This is because the company targets to achieve maximum sale by the end of the year. The iPhone 7 launch event is scheduled on September 7, 2016. Only four more days to go for the big iPhone 7 release. The rumor mill available online has overdriven ahead of the anticipated announcement already. Not only are the iPhone lovers counting hours before the smartphone finally surfaces in the market, but also investors, analysts, and shareholders. It would be incorrect to deny that Apple is having a rough year.

The Year Of Massacre

The year started with a global decline in iPhone sales, especially China. Apple lost China as its second-largest revenue generator and the position was filled in by Europe. China banned some of the Apple’s franchise including iPhone 6 sales. Moreover, this was not the end of the troubles for Apple at all. There were more to come. The iPhone 4SE model failed to create its magic, iPhone 6S Plus recorded less impressive sales report, and MacBook sales stumbled altogether. But, the two biggest blows were yet to arrive. Local Chinese manufacturers pushed iPhone down to become the highest selling smartphones in China coupled with a majority of Asian market excluding India. And the launch of Samsung Galaxy S7 and S7 Edge shook the entire smartphone market, especially Apple with its tremendous sales record.

While Samsung climbed its three-year high in revenue, the iOS giant, on the other hand, hit the lowest in the decade. But it looks like the war is yet to end. Although it may be true that Apple is not introducing any major upgrades in iPhone 7 specs, but still it is better. Even though it’ll break Apple’s old tradition of launching an entirely new piece every two years, iPhone lovers are fine with it. Also, the company’s biggest rival has given Apple something to rejoice hardly a few days before the iPhone 7 launch event on September 7. 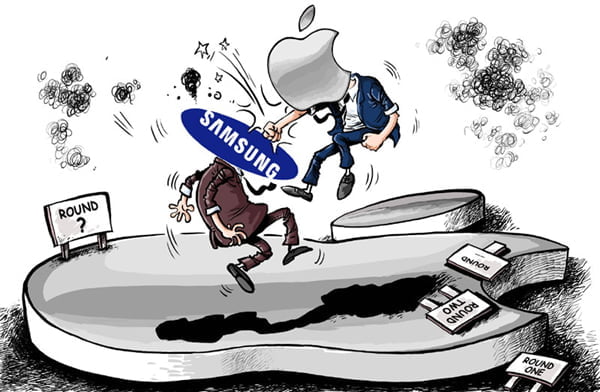 Samsung faces a huge setback as Apple prepares for the iPhone 7 release. Responding to outrage over battery explosion, the South Korean tech giant has recalled 20 million Galaxy Note 7 devices. Now this is a plus point for Apple. The experts fear that the battery defect will certainly affect future prospects of the model. Note7 saw a high scale launch. Thanks to the immense popularity of S7 models, Note7 did a good business in the initial days of its launch. However, unlike its predecessors, the device failed to please. Within two weeks of going on sales, Samsung issued a global recall as 35 batteries were reported to be faulty. Furthermore, the company has promised its massive consumer base to replace every single unit of the premium smartphone already sold. This is a bad sign for Samsung, especially at a time when winds were blowing in its favor. At present, the market sentiments are not favoring Apple like we all know. It could’ve been a great opportunity for Samsung to reestablish its total market dominance. Now it looks like mere a dream.

Luckily, the global callout has paved way for Apple to seek the winds back in its favor, especially after falling iPhone sales and sluggish growth. Let’s hope that the iPhone 7 release will mark the end of the period of crisis for Apple. It will offer a chance to Apple to reestablish its control in the market.