Guerilla Games has released the Horizon Zero Dawn system requirements ahead of the robotic dinosaur hunting game’s launch on PC on August 7, 2020. The better hardware you have on your PC, the higher you’ll be able to increase the settings.

Popular robotic dinosaur hunting game Horizon: Zero Dawn is making its much-awaited PC debut on August 7. Now that’s just a week away, which doesn’t leave much time to ensure your PC is fully equipped to run it. Guerrilla Games released the Horizon Zero Dawn PC system requirements ahead of the game’s launch next week. 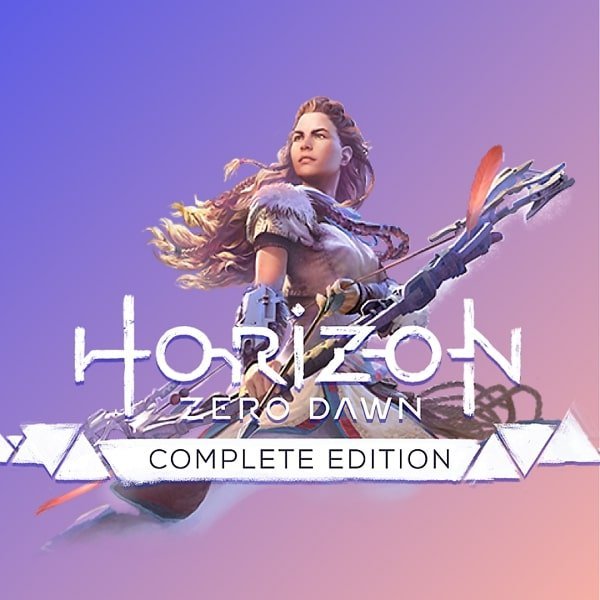 The better hardware you have loaded up on your PC, the higher you’ll be able to increase the game’s settings. Here are the minimum and recommendations Horizon Zero Dawn system requirements: 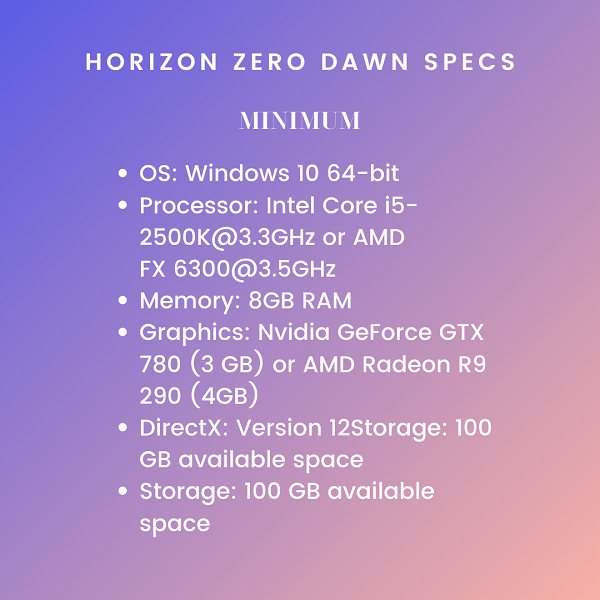 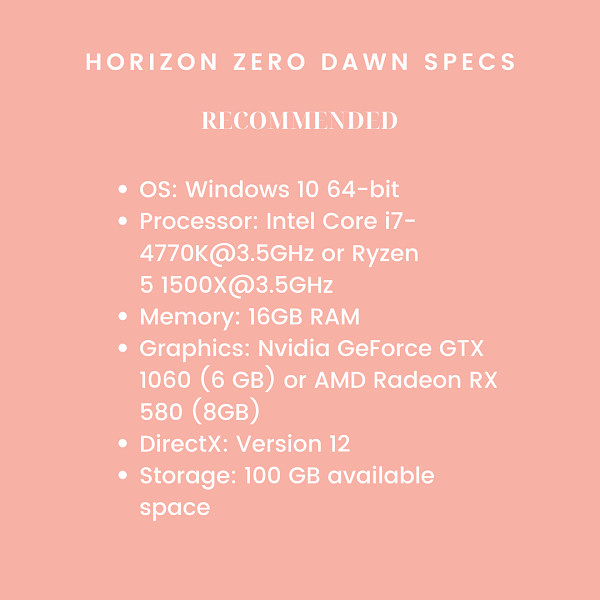 Neither Steam nor Epic Games Store indicated what sort of resolution or performance to expect from the recommended Horizon system requirements. That said, Horizon won’t kill your budget should you upgrade your PC to the above configurations recommended by Guerrilla Games.

With upgraded Horizon Zero Dawn system requirements, you’ll get an enhanced suite of hardware, including 4K resolution, unlocked frame rate, keyboard support, adjustable FOV to a maximum 100 degrees, and presets including anti-aliasing and anisotropic filtering. Although, this isn’t a complete update. According to Guerrilla Games, ray tracing will not be supported, and the characters, machines and environments will remain as same as they are in the PS4 version.

A sequel to Horizon Zero Dawn was revealed during the PS5 Showcase in early June. In the game titled Horizon: Forbidden West, we will see Aloy encounter a whole new range of robot enemies and friends on the West Coast of America. It’s unclear if we’ll see PC version of this sequel hit the news anytime soon. If PlayStation CEO Jim Ryan is to be believed, the game makers plan to make PS5 exclusives to make the most of the new console.

The Complete Edition of Horizon: Zero Dawn is available for pre-purchase for $50.