Guess What Uber Will be Driving Next

Uber is surely on the verge of becoming a superpower. At a recent interview, Uber boldly gave out a statement saying the Uber’s service in China is on the verge of becoming the number one ride-hailing service. Uber is giving tough competition to its arch-rival Didi Chuxing. Uber’s rival is backed by the strongest company in China – Alibaba, and recently the service managed to rake in billion dollar investment from Uber’s fellow American company, the iOS giant, Apple. 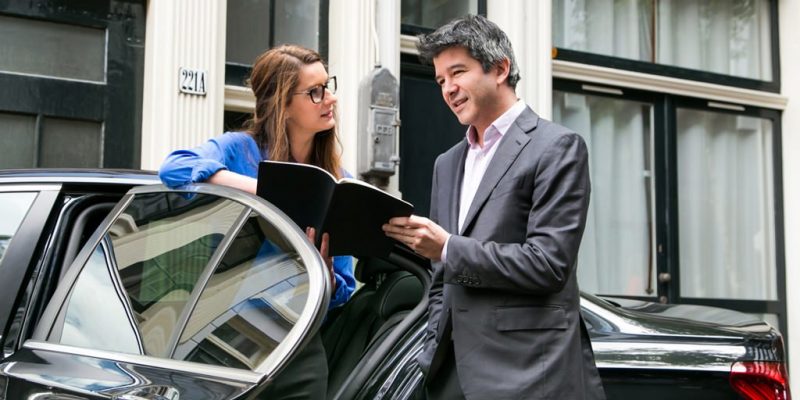 It surely came out as a shock for Uber, but Uber CEO Travis Kalanick is not the one to simply sit and watch his competitors being pampered. Within a few weeks of Apple’s announcement of investing in Didi Chuxing during Apple CEO Tim Cook’s visit to China, Uber received a huge investment from the rich Arabs. The funding by Saudi Arabia in Uber will help the ride-hailing giant to progress and experiment innovative ways to thrive in the global market. At this stage when Uber is getting tough local competitors in various countries, innovative ways introduced in ride service can do some serious wonders.

Just when we started tracing the path of Uber that is on the verge of becoming a global superpower, the ride-sharing giant has surprised us yet again. This time, it’s not about the US$3.5 billion investment by Saudi Arabia or Toyota Motor’s investment. Instead, it’s Walmart Uber Partnership that has managed to hit the headlines.

How the idea of Uber delivering groceries at your doorstep sounds to you? Fun, isn’t it? Very soon the idea is about to turn into a reality as the American retail giant Walmart teams up with Uber to test online grocery delivery. And not only Uber, Walmart will be testing the same feature with Uber’s American rival Lyft as well.

Taking place in Phoenix and Denver, the online grocery delivery testing will be conducted soon. This arrives in addition to a pilot program, which took place in March along with Deliv.

The Walmart Uber partnership is the latest move by the retail giant to compete with rapidly growing Amazon. Jeff Bezos’ company delivers groceries directly to the house of shoppers in several markets.

“We’re thrilled about the possibility of delivering new convenient options to our customers, and about working with some transformative companies in this test.”

In one of the online test locations, a customer is required to order groceries and choose a delivery window. Following this, a personal shopper will select the items and the team will request a drive to reach the store, collect the order, and deliver it directly to the location of the customer.

Customers will have to pay $7 – $10 as delivery charge online to Walmart without paying anything to the driver.

The testing feature with ride-sharing leaders Uber and Lyft arrives as Walmart is trying to expand its facility of grocery delivery in 54 markets out of which 14 markets are new, and in more than 200 retail stores. This offers customers the freedom to order online and collect them from the nearest available local store. The company is also testing the home delivery service for groceries in San Jose, Colorado, and California. It seems Uber’s demand is growing day by day.