‘Halo 3’ all set to make its PC debut

Whether you’re a long-time fan or meeting Spartan 117 for the first time, The Master Chief Collection is the definitive Halo gaming experience.

All the gamers and fans, brace yourselves, as, after a 13-year long wait, Halo 3 has finally been optimized for PC. It was initially introduced for the Xbox 360 console which was released in 2007. It is a first-person shooter game created by Bungie and published by Microsoft Game Studios.

Insights regarding the announcement

The official announcement stated, “The Master Chief’s iconic journey includes six games, built for PC and collected in a single integrated experience where each game is delivered over time. Whether you’re a long-time fan or meeting Spartan 117 for the first time, The Master Chief Collection is the definitive Halo gaming experience.”

Just like the original Xbox 360 Halo 3, the PC version will also present with all the 11 missions, 24 multiplayer maps and the ‘a complete updated’ progression system similar to the other games in The Master Chief Collection. It will be available for the PC gamers to buy from the Microsoft Store or Steam or play it for free through Microsoft’s subscription service Xbox game pass for PC. The Halo 3 optimization for PC means support for up to 4K UHD resolutions and 60 fps. 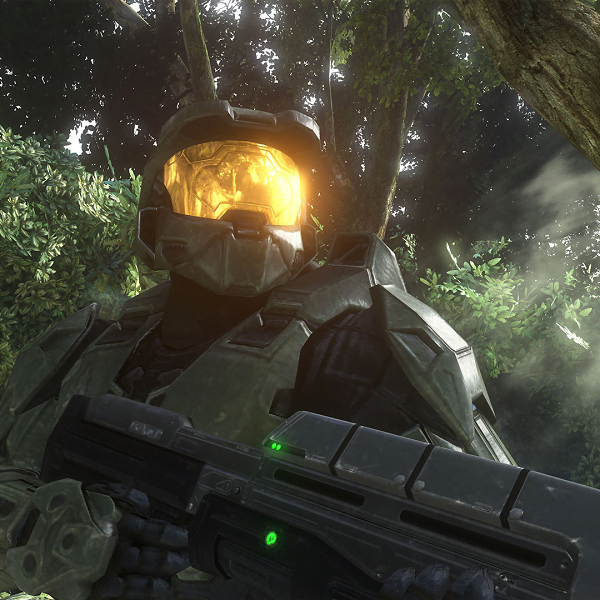 Halo 3 is a first-person shooter game created by Bungie and published by Microsoft Game Studios.

As per reports, other fundamental PC settings include customizable mouse and keyboard support, FOV customization and support for ultra-wide displays. Supposedly, for all six games, the Collection costs $40, and the individual price per game is yet to be listed. Similar to the release of Halo Reach, and the first two Halo games on PC, this enhanced port comes with a higher graphic fidelity for PCs and keyboard and mouse controls.

To be able to play the game on a PC, you will need one that is running Windows 7 or newer. Further, it needs packing at a minimum an Intel Core i7–975 or AMD A12-9800 APU, 2GB RAM and GeForce GTS 450 or Radeon R7 graphics. You will also require a storage capacity of 55GB of hard drive space to install Halo 3 on your device.

Halo 3, the third installment in the Halo franchise, the game concludes the story arc begun in 2001’s Halo: Combat Evolved and continued in 2004’s Halo 2. Halo 3’s story centers on the interstellar war between twenty-sixth-century humanity, a collection of alien races known as the Covenant, and the alien parasite Flood. The game, released in 2007, became the system seller for the Xbox 360 and the highest-selling video game of that year.

The player acquires the role of the Master Chief, a supersoldier who is cybernetically enhanced, as he battles the Covenant and the Flood. The game features weapons, vehicles, and game-play elements absent in previous titles of the series, in addition to the inclusion of saved gameplay films, file sharing, and the Forge map editor, which is a utility that permits the player to perform modifications to multiplayer levels.

By and large, the game was admirably well received by critics, with the Forge and multiplayer offerings singled out as robust features; nonetheless, some assessors criticized single-player aspects, particularly the plot and campaign layout. The game is often listed as one of the greatest video games of all time. A prequel to the game, Halo 3: ODST, was released worldwide in September 2009. A sequel, Halo 4, released in November 2012, was developed by new studio 343 Industries. Halo 3 was re-released as part of Halo: The Master Chief Collection for the Xbox One in November 2014.

A new skull or game modifiers will be the most significant new addition to Halo 3. The modifiers, standout feature for Halo Reach, allow players to take the skies with a jetpack as an unlockable skull.

Reportedly, the sixth main installment of the Halo series, ‘Halo Infinite’, is confirmed to be demonstrated during Microsoft’s Xbox Games Studios event on July 24 by 343 Industries. It is due for release later this year.