Have You Grabbed The Limited Edition Galaxy S7 Edge Yet? 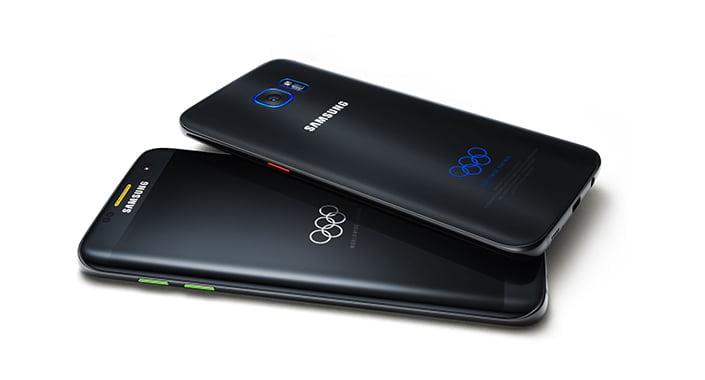 The company is offering 12,500 limited edition S7 Edge models along with recently unveiled cord-less Gear IconX earbuds to all Olympic Games 2016 athletes in collaboration with the IOC, International Olympic Committee.

As a worldwide partner for Olympic Games, the tech conglomerate first unveiled Olympic Games exclusive limited edition device in 1998 during Nagano Olympic Winter Games. However, this is the first time when Samsung has unveiled a device with Olympic themed design, preloaded with application and interface related to Olympic Games. The Galaxy S7 Edge Olympic Games edition smartphone incorporates phone’s design with the Olympic theme.

Lock and home screen feature Olympic Rings’ colors as well. One can also find these colors in the notification bar, message, contacts screen and dial screen. Owners can adorn their handsets using Olympic motifs, selected from a choice of pre-loaded themed wallpapers of Rio 2016.

Ahead of Olympic Games Rio 2016, the South Korean conglomerate has developed a latest 3D application for flags. Limited edition S7 Edge owners can launch this app that arrives pre-loaded on the handset, to select their preferred nation. Following this, they can display the flag of their choice of the country on the radiant screen of limited edition smartphone model. This feature is ideal for sports fans across the globe.

This app is developed by the company to offer 24/7 updates on Olympic Games Rio 2016 to fans, athletes, and smartphone owners. The app will undergo an update in early August to provide Olympic Games’ official schedule, details regarding events, venue, results, and medal counts. The updates will be offered in real-time. The app will be free to download. It will be available in leading app stores like App Store, Windows App Store, Samsung Galaxy Apps, Google Play, and selected popular Chinese App stores.

The phone is unique not only due to its exclusive nature, but also due to its packing. The packaging of the limited edition device is absolutely praiseworthy. The South Korean electronics behemoth has designed a carrier that resembles a pouch, which can be used in various ways. Also, it works a Rio 2016 Olympic Games souvenir. The re-usable packaging is eco-friendly as it significantly cuts down the waste generated by usual device packaging.