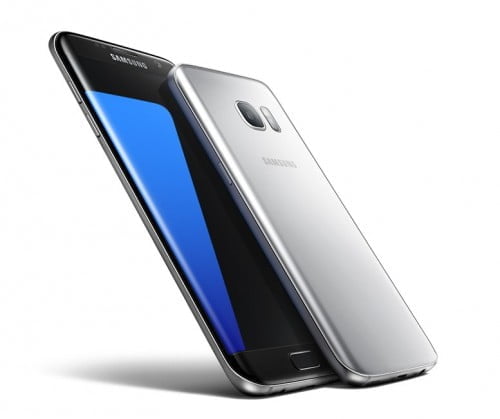 The South Korean smartphone manufacturing giant is leading this year’s smartphone market with its trump card in the form of its dual flagships, the Samsung Galaxy S7 and Samsung Galaxy S7 Edge. Unlike the Galaxy S6 series, which became responsible for lower profit margins and revenue downfall, the S7 family is certainly here to stay.

With the launch of Samsung Galaxy S7, the official benchmark testing has been made available for the SnapDragon 820 and the Exynos 8890 processors. 2016 is a crucial year for Samsung Team, which is why they’ve returned to the smartphone market with their best and the beast of smartphone technologies.

The latest report by AnTuTu just added icing for Samsung in its list of the 10 best performing chips for the smartphones, where SnapDragon 820, which serves as the core processor for Samsung Galaxy S7, outperformed the almighty Apple A9. That’s a huge blow for Apple, which is renowned for having the best smartphone system processors.

The Virtual Reality is the hottest topic of 2016, and the South Korean tech giant has managed to place its latest unveil at the very heart of an attainable package for the consumer, which offers them a gateway to engage with virtual reality.

Also, the introduction of Gear 360 to the family of Samsung built-in camera adds a boost to the ecosystem of Samsung Galaxy S7, increasing the financial return of the company and bringing in the concept of ‘beyond a smartphone’.

According to the number games, SnapDragon 820 is the most powerful processing chip for smartphones available on Earth. The 820 processor is one of those few terms, which have taken a huge leap into the consumer minds of smartphone users in western countries. The processor offers another addition of well-known brand to the Samsung Galaxy S7 series and boosts the comfort levels for smartphone users planning to buy new devices.

Even though, the Samsung Galaxy S6 fell down with a loud thud in the booming economy of the smartphone market, the S6 camera has been considered as best camera for the smartphone in the market, which certainly surpassed the higher levels of iPhone 6S and 6S Plus camera. The megapixel count, although, has been reduced to 12MP from 16MP, but the Android-based smartphone giant has made no compromise with the technology of imaging.

Samsung is reintroducing the expansion feature of MicroSD with Galaxy S7 series. The company won’t be using the Android’s age old technique for adaptive storage; instead, MicroSD card will be used for storing media files, which offers mobility to the card, making it exchangeable and easily removable with other devices.

Apart from this, the Waterproof rating, which is highly practical, makes this device fit enough to be your next purchase, provided you’re willing to pay a handful amount for this beast of a smartphone device.