Google Inc. has been our go-to source for almost all kinds of requirements. Even if Google can’t provide what we want, it at least guides us as to where can we find a solution for it. When this search engine giant announced its first ever flagship phone, all hell broke loose. Adding to this, the flagship smartphone was all set to compete with the legendary iPhone range. Google Pixel made a number of heads turn with its new unique yet appealing features. During its launch, almost every tech lover was craving to own it. Now the tech giant plans to go a step further and bring out the Google Pixel 2.

Google Pixel 2 and Pixel XL 2 will apparently be launched on the 5th of October this year. This means that there is less than a month left for its launch hence speculations are bound to happen. The Google Pixel 2 rumors are doing the rounds for the past few months. But as the date is getting closer, the leaks are also getting authentic. A number of speculated features of the smaller model is all over the internet. Along with this are certain leaked pictures of the same. Based on this, we get an idea that the smartphone will be available in slate gray and black color. 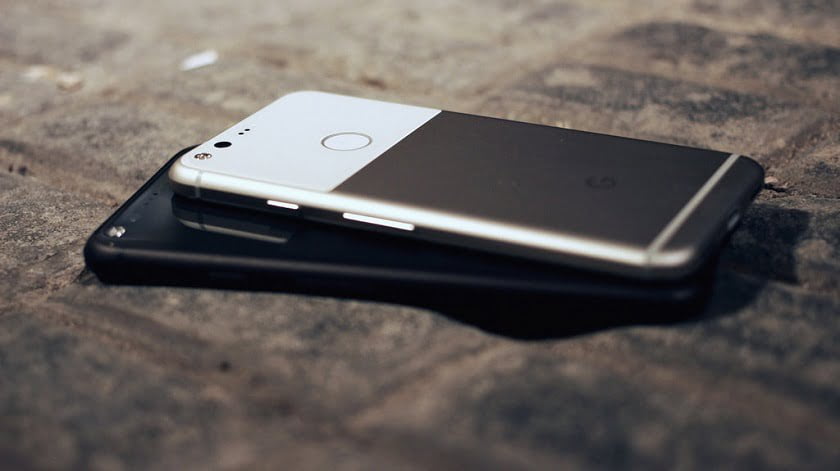 The tech giant plans to go a step further and bring out the Google Pixel 2.

The leaked pictures of the flagship phone show the rear camera array along with the fingerprint sensor. Even though these pictures are the talk of the town, there is nothing novel about them. We were already aware that these features will be a part of the new model. But one can spot the send and receive points for the laser autofocus of the rear camera. The Google Pixel 2 and Pixel XL 2 will be out in 64GB and 128GB models.

The screen size of the Google Pixel 2 will be 5 inches with a full HD 1920 x 1080 resolution. The most exciting revelation about the flagship phone is that it might get rid of its 3.5mm earphone jack. This means that following iPhone, even Google might come up with something similar to the AirBuds. But they will provide a USB-C to 3.5mm adaptor in the box. To protect your phone from external harm, it will have IP68 rated dust and waterproofing. Supposedly, the smartphone will run the Android 8.1 Oreo software. Its price will be known only after its launch.