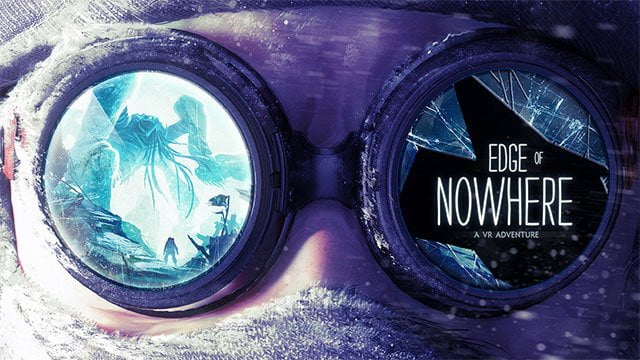 2015 has been a great year for the gaming industry. With latest releases, which ranged from spunky post-apocalypse RPGs to astounding teen dramas, all of these weaved their magic on the gaming aficionados and gaming industry. Now, the year 2016 is structuring up to be mind-blowing. It is a year where the virtual reality headsets will mark its beginning, unleashing a total variety of fantastic interactive experiences. 2016 will be a year in which classic Franchises like The Last Guardian, Final Fantasy, Dark Souls, and The Legend of Zelda will be returning back to their glory.

Let’s have a look at the highly anticipated VR games of 2016:

It had been a rough time for the series when it took a little detour along with the Bloodborne, but better late than never, things will be back on track for the team with its third installment launching in April 2016. You can expect the mind-blowing, brutal, and power-packed action similar to its previous versions. This time, the scene will go much faster and weirder from what gamers have been expecting.

This is a venture of Insomniac Games, the brilliant makers of the Sunset Overdrive, exclusively for Oculus Rift. Most virtual reality games are based on the first-party experiences, which utilizes the technology to indulge you into the world of virtual reality, but Edge of Nowhere uses the concept of virtual reality to breathe a brand new life into the third-party adventure gaming. This is one of the top 3 highly anticipated VR games of 2016.

If you are the one eagerly awaiting the release of Oculus Rift, this game probably is going to be your first ever VR game. EVE Valkyrie is a multi-player supporting dog-fighting game, which will arrive loaded with the headset during its launch. This game will introduce players to the fascinating world of space-gawking merely with a pair of goggles. This also falls in the category of the top 3 highly anticipated VR games of 2016.

#The Legend of Zelda

The top most in the category of the highly anticipated VR games of 2016, The Legend of Zelda seems to be the biggest entry so far in the game industry for the upcoming year. The Legend of Zelda will offer its players a massive world of gaming possibilities to explore, whether on horseback or foot. Hyrule is ultimately going to open the world. With the Nintendo NX following the path, The Legend of Zelda might be the last epic game to honor the Wii U.

The anticipation of gamers for the Final Fantasy XV is very high, especially when it has been a very long time since gamers had a great FF franchise to be excited about. Although the developments on the game started in 2006, it has been under process since a long time. The game was slated to launch for PS3 with Final Fantasy Versus XIII as its name, but it didn’t happen. Now, the wait is over, gamers are looking forward to having a Chocobo ride once again.

If rumors are true, this is actually happening. This game has been a poster child in the world of delayed games. It was originally announced in 2009 for PS3. For its developers, it has been a rough path, but this year, tech goliath Sony not only unveiled the first PS4 looks of the highly anticipated game, it also announced its release in 2016.

This game is a mind-blowing mix of its new and the old versions. Street Fighter V will mark the return of its favorite characters like Vega, Dalsim, and Zangief, along with introducing newbie, which range from first in the series, Rashid, the Arabic fighter, to Laura, the Brazilian fighter. One of the characters is Chun-Li, who is coveted to be one of the most sexualized female game characters after Lara Croft.

After a huge commercial success from the game- makers, Stoic, The Banner Saga will finally surface on PS4 and Xbox One. Tech giant, Sony, proudly announced its launch also on PS Vita somewhere in 2016.

The upcoming year looks like a fantastic year for gaming industry and gamers. Which one are you anticipating the most?

Read more about virtual reality on Technowize: The Magical Era of Virtual Reality

Five Apple Apps You Need To Download Right Away