Hotels are turning to Airbnb to fill rooms 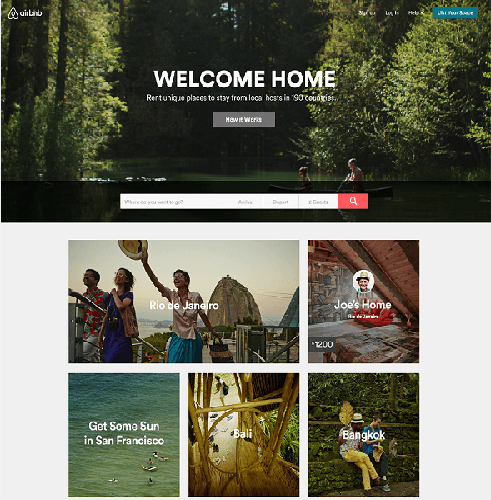 Airbnb is a platform widely used by people around the globe to rent out spaces to stay as an alternative to a hotel. But now, some hotels are also using this platform to attract new customers. It is considered as an important “sharing economy” site and now its users may also get an option to choose from a list of hotels who are renting their rooms.

Hotels were already using several hotel booking services like Expedia and Priceline, which charges approx 10% to 25% per reservation. And Airbnb provides the same opportunity to hoteliers and that too with only 3% fee per reservation. “The commission is far more attractive,” states Stephan Westman, a hotel industry consultant who used this platform to list hotel rooms. He also adds that any hotel that needs to fill rooms can use this platform as a marketing arm.

It has already established itself as a booking agent for hostels and bed-and-breakfasts; also it has categorized listings for hosts such as “dorms” or “bed and breakfasts.” Adding boutique hotels to its listing can make it a wider platform for its users. Hotels are a huge business. Expedia, owner of Hotels.com, Orbitz and Travelocity made $5.8 billion last year. Priceline, which owns Booking.com and Kayak, made $8.4 billion. Both the companies consider this website as a serious competitor.

In the past, it was criticized as a leader for accommodating illegal hotels and imposing adverse affect on housing markets. To prove the critics wrong, in November it announced a policy of collecting hotel taxes and sharing of rentals information in the market. It also asked hosts to verify that they are renting their permanent residencies and not a separate property for renting purposes.

In New York City, there are plentiful hotel listings on this website, such as The Box House Hotel situated in North Greenpoint, Brooklyn. The Box House Hotel lists, at least, five of nine apartment-style suites on this site. A newly converted hotel from a hostel, The Riff in Manhattan also lists its room on the platform. And The Union Hotel located in Gowanus, Brooklyn also joins the list.

This website has more than 2 million rooms available to rent on any given night. Such numerous listings make it largest hotel chain in the world. Smaller hotels can benefit by adding their names on the listings to compete with residential hosts and appearing in the search results.

Airbnb has managed to prove itself as a tough competition even in hotel booking services. It also states that it has a sole purpose of booking short-term guests only. And it permits listings for hotel rooms as far as they’re clearly portrayed as such.