How Long Will $1.13 Billion Spacecraft Near Jupiter Survive? 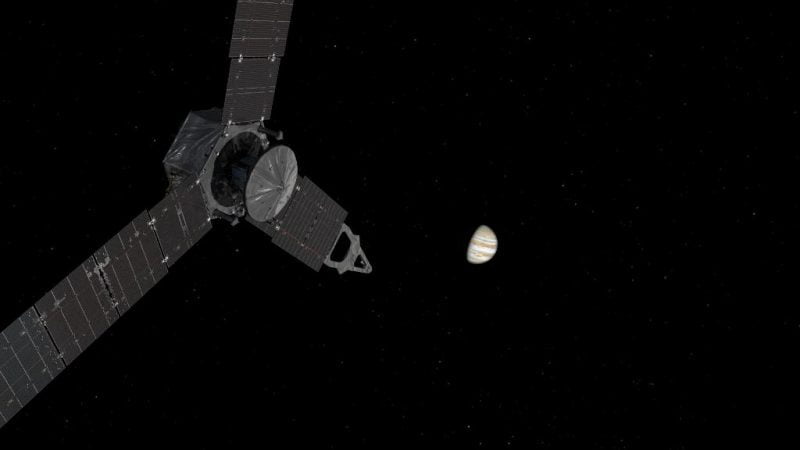 The highly anticipated mission of NASA to successfully launch a satellite into Jupiter’s orbit continues to hang in the balance in spite of NASA’s heavy excitement as Juno enters orbit.

The principal investigator of NASA Juno Mission, Scott Bolton, showed his happiness on the entry. He said his team has done everything they could and they’ve protected everything as per the best of their ability.

Spacecraft Near Jupiter Will Survive ?

The most dangerous aspect of Juno Mission occurred when the spacecraft started laying out its final procedures for the approach. To insert itself successfully into the orbit surrounding Jupiter, for 35 minutes Juno had to ignite the main engine. Completing this ignition without failure, NASA Juno Spacecraft will begin its initial journey of thirty-seven orbits around the biggest planet, Jupiter. The entire mission is worth $1.13 billion.

Voicing out his concerns, Bolton further added that his team’s main concerns were related to factors surrounding space debris and radiation. He said both the factors could impact the $1.13 billion Juno Mission by harming Juno and its trajectory. They modeled it, he added, but they’re proceeding to an unfamiliar territory.

The titanium coverage protects the most sensitive electronics of Juno. It prevents harm coming from electrons moving at the pace of light. They are powerful enough to break the satellite, according to Heidi Becker who is working on Juno Mission.

Debris from the Jupiter’s rings is also a major threat. Even tiny bits of rock can be responsible for causing some serious damage to Juno. Also, there’s an uncertainty surrounding the size of debris.

The spacecraft is solar powered. After igniting its main engines the satellite is required to turn back in order to face the sun to keep receiving the constant supply of solar radiation.

One of the biggest reasons that make this mission unique is because the destination where it aims to reach is extremely dangerous. In the solar system out of all the eight planets known to humans, Jupiter is known to have the highest radiation and largest magnetic field. Due to this, the spacecraft has been designed specifically to survive in extreme conditions. It can survive long enough until at least it retrieves important information from Jupiter. After all, the planet is known to be mysterious of all.

The mission was launched back in August 2011 and the spacecraft will continue to remain in orbit until the second month of 2018. NASA researchers are hoping that the information collected from Jupiter can offer some valuable insights if the mission is successful. The researchers can possibly dig into some of the greatest mysteries behind the formation of solar system.

The probability that the spacecraft may receive a serious damage is incredibly low, but it’s not zero.

Why is NASA Alien Hunting in the Atacama Desert?