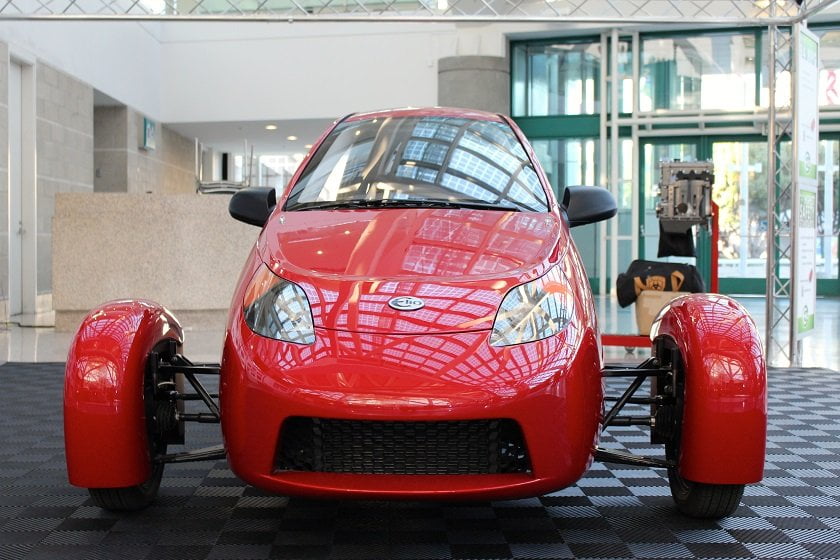 Elio Motors is a Phoenix-based manufacturer of an aerodynamic, three-wheel car has topped $1 billion market valuation, two days after becoming the first equity-crowdfunded company to list its shares on the public markets.

This makes Elio the first small company to list shares on an exchange, following a mini-IPO made possible by the new Securities and Exchange Commission rules. The Startup Business Act or JOBS Act, which was signed into law by President Obama on April 5, 2012, in support of entrepreneurship and small business growth during the recession. Since the passing of the JOBS Act, an increasing number of businesses are making their mark on crowdfunding platforms such as Kickstarter, Fundable, and Indiegogo.

These crowdfunding platforms have helped fund everything from music projects, films, non-profits, startups, non-profits to all types of small businesses in between. The update called Regulation A+, will now allow companies to raise funds from non-accredited investors (an individual who has a net worth of less than $1 million), and a new set of those rules that go into effect in May, will further allow companies to raise smaller sums of money (up to $5 million).

On its first day of trading, Elio’s shares increased 17 percent to $16.50, after pricing to open at $14. By the end of the day, they had soared to $60, giving the company a notably high market capital of roughly $1.5 billion, triple its value when its shares began trading.

According to its September SEC filings, Elio Motors, which trades on OTCQX Market, an exchange for smaller companies, has 25 million shares outstanding. Smaller companies typically jump from the OTCQX to larger exchanges such as the NASDAQ or the NY Stock Exchange.

Founder Paul Elio, at a news conference in New York on Thursday, said he has no intention of jumping into the playground to compete with the bigger players anytime soon.

“We have lost the meaning of the equity markets, when people were trading stocks at the corner of Wall and Broad Street under a tree,” Elio said at a news conference. “The SEC rules bring the equity market back to its roots, which is about creating capital for companies to start and grow.”

Over the summer, when Elio went public, the Regulation A+ raised $17 million from 6,000 unaccredited investors, using StartEngine, a popular crowdfunding platform. It garnered attention and accolades for its innovative, three-wheeled vehicle two-seater, the fuel efficient Elio car that comes at a base price of $6,800, and a fuel efficiency of 84 miles per gallon.

Paul Elio’s invention has already people a popular name in America, with more than 50,000 reservations. In order to bring the vehicle to the mainstream, Elio plans to build prototypes of its E-series for engineering and testing purpose using the proceeds. They’ll eventually manufacture its vehicle in Shreveport, La., at a former GM facility. Prior to the Regulation A+ success, the motor company found it difficult to find an investor who could fund this vision.

“Regulation A+ is bringing Wall Street back to its roots, where companies can find money to start their growth and, on the consumer side, the average guy on the street can invest in the next big thing,” Elio said. “Until Regulation A+, when you look at companies like Uber, Facebook, and Google unless you were a connected accredited investor, you never got those opportunities. So I think it’s going to be good for the investors and good for the companies. Obviously, not all these startups are going to work out, but some will work out really well.”

The mini-IPO of the billion dollar startup will show us of what is to come over the next few years. We expect other companies to follow in Elio’s steps as the new crowdfunding rules take effect and expand to include more startups looking to raise smaller sums. What it has achieved in truly monumental in myriad ways. It shows us a greater picture of the democratization of capital for emerging businesses and their investors. Today, crowdfunding campaigns aren’t just about funding capital. The industry encourages a sort of collective effort, where more deals are successfully funded and investors are rewards and the momentum builds upon itself.

Watch below Paul Elio sharing the ‘inside story’ of using Reg A+ to raise capital from investors ad provide insights on what is to come.