How to use Visual Lookup to identify plants, art, landmarks & more, straight from the iPhone camera?

You can now learn from your iPhone’s camera.

If no one had said it, we wouldn’t believe that the iPhone camera could do a whole lot more than just take quality pictures.

The iPhone camera has been getting a lot of updates, making it a very necessary phone for both creators, business owners, and users in general.

A new update was released last year alongside the iOS 15 update. Apple announced this feature at its usual WWDC in 2021. However, it seems the feature did not get a lot of attention until now.

The feature is called “Visual Lookup”. If you’ve wondered what a plant is all about or what breed a pet belongs to, then this feature could be what you need. With your iPhone camera, you can find out the information you need regarding your plant or pet.

What is Visual lookup? 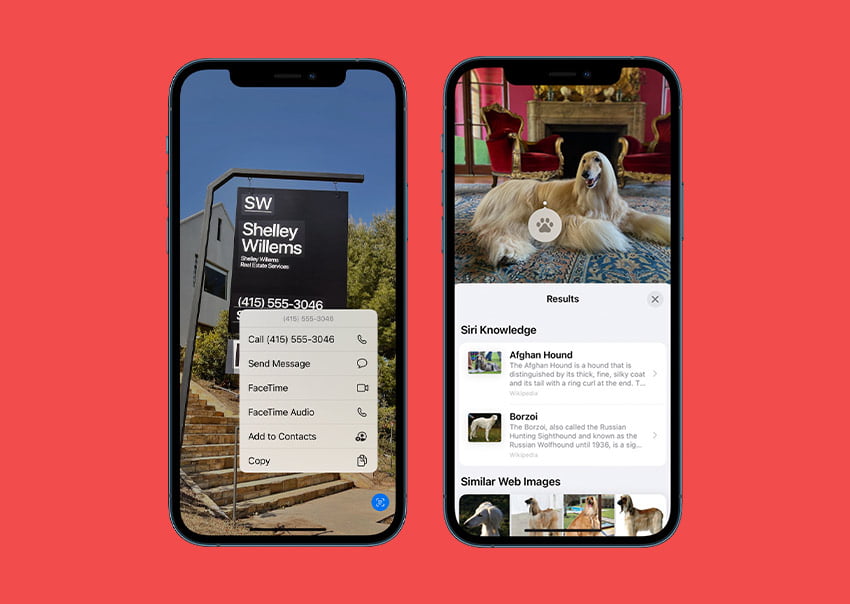 The Visual Lookup can be used to identify plants, flowers, landmarks, art, and other things just from your iPhone camera.

To access the Apple Visual Lookup feature, you have to use an iPhone. It requires the iPhone camera as well. Your phone should be updated to iOS version 15 or newer.

Firstly, you can point your camera towards a plant, pet, or anything else. Then, hold onto it until you get a prompt regarding that pet or plant. If you don’t get any prompts it could be that the information has not been uploaded to Siri’s knowledge, which is usually rare.

If you already have a screenshot or picture of what you want to get information on, you can use this step instead. First, you would have to navigate to your photo gallery. Next, you will search for and tap on the picture to be used. Down below the picture, where there are symbols representing “Favorites”, “Delete”, or “Share”, you will find a new option. This option is a blue “i” which is surrounded by a sparkling ring. You can click on that option and select “look up.” Follow the prompt and you will get the information you need.

In cases where there is no blue “i” option, it means the information regarding the captured picture has not been added to Siri’s knowledge.

This feature is really cool, especially for people who always want to learn something new about an animal, plant, or something entirely different. We believe this feature comes in handy.

The iPhone camera is one of the best cameras globally and every year it seems Apple keeps doing more. The iOS Visual Lookup is one of many features available to Apple users.