The x360 is the business-first Chromebook and the best and premium security-focused Chromebook ever created.

The HP Chromebook x360 14c has all the excellent features to make it a perfect work and entertainment laptop. It has biometric authentication in the form of a fingerprint scanner. This physical switch disables the camera and can collaborate efficiently with Google’s connected devices smart lock feature wherein the user can unlock the laptop from their Android phone itself.

The laptop has a 14-inch FHD IPS display with small bezels, USI stylus support, and in-built speakers by Bang & Olufsen. It is targeted specifically for the Gen Z-ers who are stepping into the workforce. It is more like a business computer with premium, stylish features and materials and advanced security tools.

The laptop has a vibrant 14 inches with a 16:9 aspect ratio display and ample room to spread out in Google Sheets. The machine is equipped with some advanced security tools like a biometric fingerprint scanner and a physical switch on the side, which disables the webcam camera and prevents it from recording any video. 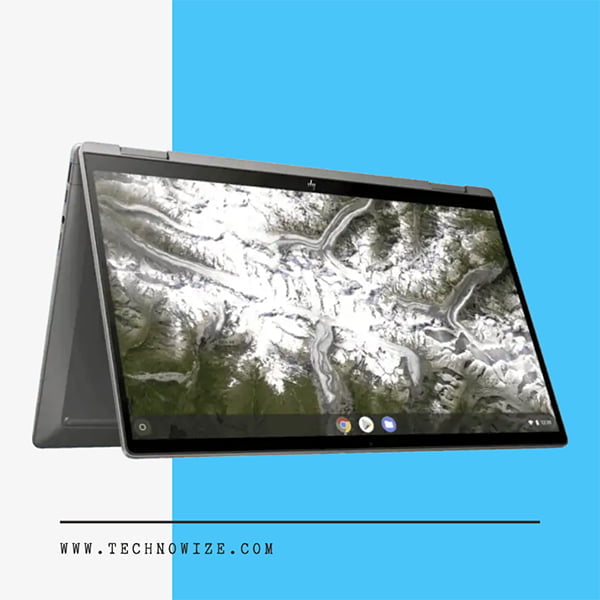 The physical camera switch is also a nice add-on where if a user fiddles with it and slides it on and off, they wouldn’t see any cover slide or receive any notification that it has been activated. However, once the person loads the tech app or on a website that requires the camera to be started like Zoom or Google Meet, they need to toggle the switch, which would trigger a reddish LED light and signal that the camera is off. This switch, however, doesn’t turn off the microphone.

The Chromebook x360 14c has almost an all-metal body with a plastic bottom that complements the aluminum alloy finish. HP stated that it took complaints and suggestions from users of the previous Chromebook versions and have beefed up the device’s fluid hinge design. The company has added magnets to the lid that shuts the machine when it is not in use.

There is also the USI stylus support, though, in the new, the right portion of the device is magnetized, and users will be able to attach a USI pen to it. The speakers are upgraded to premium Bang & Olufsen audios. The laptop is powered by a 10th-generation Intel Core i3 chipset and a super responsive, smooth, and large trackpad.