Computers became a trend as they offered an array of functions which appealed to the masses. Setting up a computer was a huge affair as it required a CPU, monitor, keyboard, and mouse. When the need for compact devices arose, the conventional PC was replaced by a laptop. The highlight of the laptop was that it consisted of all kinds of hardware within one device itself. Unlike the PC which took up a corner of your room, one could carry this laptop wherever he went. But the reduction in size came at a price. With the intention of making a compact device, the makers had to compromise on a few features. But the HP ZBook x2 does not do so.

This latest laptop by HP is already being talked about as the future of high-tech laptops. One can say that this laptop consists of features which a workstation PC would have. The company also confidently claims that this is the most powerful detachable laptop one must have ever come across. The HP ZBook x2 will particularly target creative professionals who require high-end features in their laptops. When the need arises, you can detach the screen and use it as a tablet as well. 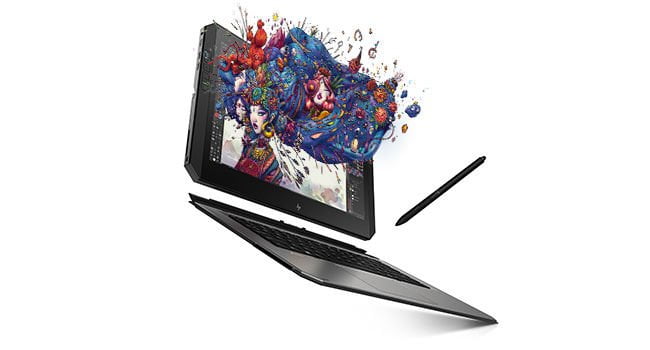 The HP ZBook x2 will particularly target creative professionals who require high-end features in their laptops.

The HP ZBook x2 comes with a Nvidia Quadro M620 graphics card, a quad-core i7 processor, a 2TB SSD and up to 32GB of RAM. Moving to the hardware, this detachable laptop has a 14-inch touchscreen with a matte finish. The configuration of this screen can go up to 4K resolution along with 10-bit color. Such precise graphics help get an exact idea about the creation of the user. For artistic strokes, there is the HP passive pen which includes 4,096 levels of pressure sensitivity with an eraser at the back of it.

The integrated GPU is inbuilt in the tablet itself. For the feel of a canvas, the HP ZBook x2 has a kickstand. The other knick-knacks of this detachable laptop are an SD card reader, a smart card reader, a USB 3.0 port, two USB-C ports that come with Thunderbolt support, and an HDMI port. The USB ports have the ability to power two 4K monitors. It also comes with a 720p webcam. If you wish to have such fancy features in your laptop, you need to pay a price for it. This laptop will go on sale in December at the price of $1,749.