Ever had your ear cups feels hot and twitchy after continuous use of gaming headphones? Well, we’ve all been there and this doesn’t mean we must continue to use uncomfortable headphones if we have a better option available. Turns out, HP has just announced a pair of gaming headset that can keep you cool even during whole-day gaming sessions. Interestingly, this headset doesn’t use fans or cooling gels. 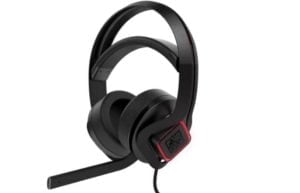 At the HP Gaming Festival in Beijing, the company launched new gaming peripheral under its Omen gaming line, including the Mindframe headset that uses a patented thermoelectric cooling technique.

The cooling headphones have tiny thermoelectric coolers mounted in each ear cup to keep your ears cool. Technowize had examined a pre-production version of the gimmicky headset earlier this month. If the patented technology sits well in headphones form, then Mindframe could truly be the most comfortable gaming headset to wear even in the hottest weather.

Other than the unique cooling feature, the headset also boasts a suspension headband that makes it lighter on your head, 3D audio with 7.1 virtual surround sound, RGB lighting, noise cancellation, and a USB 2.0 Type-A connector.

There’s no word on the Mindframe headset’s retail price, although HP says it will be available in November this year.

Omen 15, not your typical business laptop 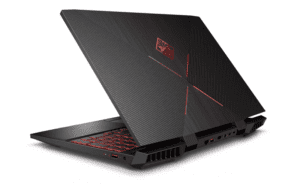 At the Gaming Festival, HP also announced the new Omen 15, a 15.6-inch gaming laptop. Unlike some of its predecessors, the Omen 15 is dainty and portable. But at 5.56 pounds, it still weights heavier. At least, it has thinner scree bezels and a smaller footprint than its predecessors.

Omen 15 features 8th gen i5 and i7 processors, up to 32 GB of Ram, NVIDIA GeForce GTX 1070 graphics, and a slew of storage options, including an HDD, SSD, a combination of the two, or a HDD enhanced with Intel’s Optane memory for better performance. The screen comes at a range of resolutions including 1080p at 144Hz or 4K at 60Hz, and the Bang & Olufsen stereo speaker.

HP says Omen 15 has incredible internal cooling, with larger fans and air vents on the back, bottom and rear corners. You can read in detail about HP’s new Omen 15 gaming laptop here.