In May this year, HTC announced plans for a blockchain phone to save its sinking ship. Today, during the tech conference RISE, the Taiwanese phone maker disclosed fresh developments on the new Android-based blockchain phone.

Back in May, Phil Chen, HTC Chief Crypto Office said, “We envision a phone where you hold your own keys, you own your own identity and data, and your phone is the hub.” Today Chen updated that HTC Exodus, the company’s foremost blockchain phone may land in the market by the end of third quarter this year. When enquired about the price of the HTC Exodus, he replied that it would be comparable to an alleged competitor, which means the phone will fall in the range of $1000, reports The Verge.

The race for launching a blockchain phone first is taking quite a striking turn. Earlier in April this year, another Taiwan-based firm, Foxconn also showed interest in the blockchain phone concept. It announced to partner with Sirin Labs to manufacture its blockchain phone named Finney. 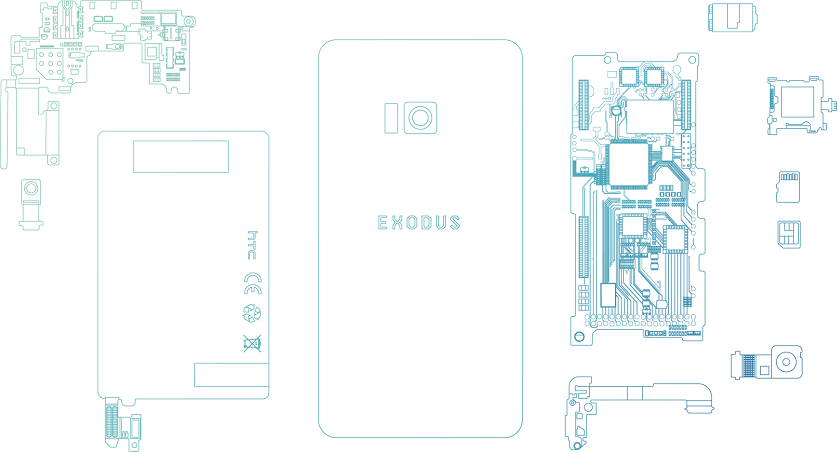 HTC is apparently going through the worst phase of its lifetime. It recently laid off 1,500 employees in Taiwan, terming it a cost-cutting activity. Before that, the company sent over 2000 employees to Google for developing Pixel device, cites The Next Web.

Secondly, HTC reported a sharp fall of 68 percent in the sales at the end of the second quarter this year. And finally, its latest flagship phone, the U12 Plus, did not receive a good response from the market, in light of its weird buttons on the hardware and software bugs.

A dedicated website for HTC blockchain phone is also active. It cites, “The first cold wallet phone with key recovery.” Further, the site mentions that the purpose of introducing the world’s first blockchain phone is to decentralize apps and security. This is quoted when the digital world is primarily controlled by the vulnerable centralized system.

Given that, the Taiwanese phone maker characterized Exodus as the most trusted Hardware. The HTC blockchain phone will feature a wallet specially created for virtual currency transaction. The company is anticipating converting each phone into a node for the realization of the true decentralized world. It is determined to exponentially increase the number of nodes of Ethereum and Bitcoin on its platform.

In addition, HTC blockchain phone will integrate a user-friendly interface for decentralized apps (DApp) to boost the number of their users. And to attract the target market more, HTC has partnered with CryptoKitties, a highly popular blockchain-based game wherein players collect and breed virtual cats instead of Cryptocurrency. In future, the company will also associate with Bitmark, a Taiwan-based blockchain startup for digital property.

Through devising a phone specifically for emerging yet booming technology, Cryptocurrency, HTC plans to reap the benefits of the first-mover. However, the digital currency platform itself is a questionable entity with respect to sustainability and safety. And as the target market of blockchain phone falls in the niche category, so again it is unsure whether HTC drowning ship would reach the shoreline or not.