The company made the announcement on Saturday at the VRLA expo in Los Angeles. Initially, the beta version of the app store will only be available to developers, although the store proper will be accessible to users in 30 countries later this year. 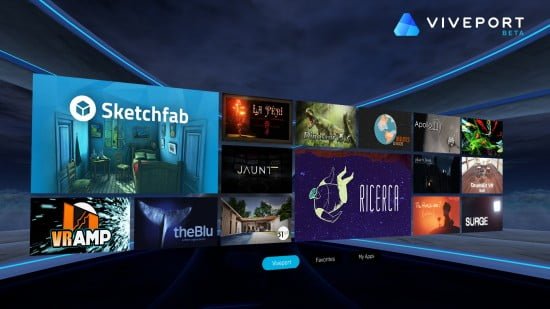 When the new platform arrives, users can create and purchase a wider range of VR applications, as well as subscribe to various kinds of services. The company will also take its cut of 30 percent from the revenue, a standard split for an app store.

The Taiwanese company has stated that the Viveport VR app store will not be a substitute for the current Steam storefront, but will rather feature alongside it. In addition, the app store will be accessible via Vive headsets, PC, web browsers and mobile apps.

With the roll out of the new app store, Vive users can gain access to content across various new segments for VR-like information, 360-degree video, edutainment, social media, sports, news, health, travel and shopping, the company said in a statement.

According to the company, the Vive platform has already inspired a number of developers to enter the innovative world of virtual reality. The app store is believed to create a medium for collaboration between users and developers in the exploration of VR experience and also includes in-app purchases.

HTC unveiled the Vive at the Mobile World Congress (MWC) show in March last year, and sales started in the month of April as part of the tech giant’s attempt to expand its product listing in the midst of growing competition in the global smartphone market.

The headset is embedded with tracked controllers that enable users to view things from every angle and interact with the environment. The company is reportedly working on launching a second generation Vive at the end of the year or early next year.

HTC said that it is also planning to update Vive Home, a VR hub that consolidates a personal and custom- built virtual space with interactive tools.

Additionally, the company also announced that it has brought in around eight venture capital companies to its virtual reality development alliance to improve funding. With the addition of the eight new venture capital firms, the entire funding of the VR Venture Capital Alliance (VRVCA) is expected to surge from US$10 billion to more than US$12 billion, the company said. Until now, a total of 36 firms globally has consolidated with the company’s VR efforts.

Interested developers can register on its website and get their wares on the new platform. At present, the Vive and Oculus VR are the key devices featuring virtual reality in the market. The company’s Vive is a VR headset that is based on Steam. While gamers have favoured Steam, it is hard to guess why the Taiwanese company is planning to launch its own VR app store. Perhaps one reason could be that Steam is not widely accessible across the world.