We live in a world where people like enjoying imaginative objects floating around them instead of unraveling the mysteries of nature. This sudden craze for graphically designed visions has led to the immense popularity of virtual reality. Taking into consideration these demands, even tech giants put their teams to work on the development of the same. This led to the innovation of VR headsets. Now a majority of people crave to own a VR headset to experience this novelty or simply as a status symbol. Whatsoever the intention might be, this had resulted in the rising production of VR headsets. Owing to this, there is cut-throat competition in the field of virtual reality. In order to make sure that their product is sold, HTC Vive has decided to slash its prices.

The Chairwoman of HTC, Cher Wang announced this price drop in a statement made on Monday. This move is assumed to be an imitation of that made by HTC Vive’s direct rival, Oculus Rift. Earlier in March this year, Rift also brought down its prices by $200. As there was a cheaper option available in the market, nobody would prefer something as expensive as Vive. In the effort to retain its popularity among its customers, HTC had to take this decision. 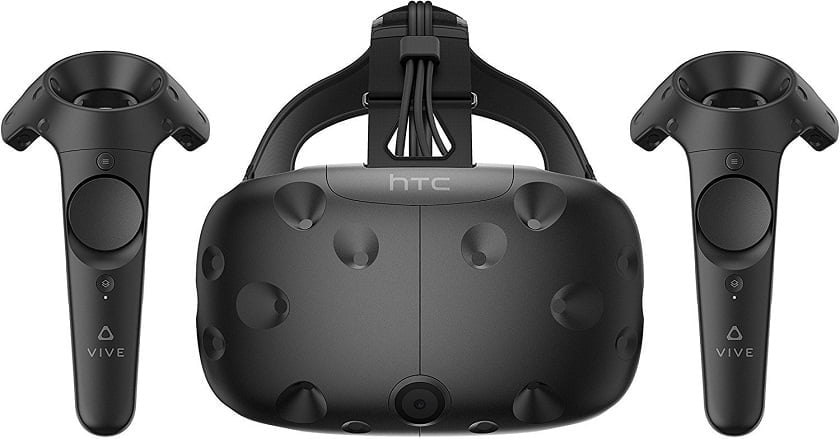 This move is assumed to be an imitation of that made by HTC Vive’s direct rival, Oculus Rift.

Owning a VR headset is a costly affair. The expenditure doesn’t just stop at buying the headset. After doing so, there are a number of extra costs. If you want a complete virtual reality experience which will blow your mind, you need accessories which are compatible with the device. Even after you have bought the accessories, you need a vision which will make the most of the technology. This results in spending some more bucks on the latest apps of your interest. By the time you get the complete virtual reality experience, you have burned a hole in your pocket. This is what HTC wants to curb.

Despite the equal price cut, HTC Vive is still more expensive than Oculus Rift. Rift will cost you $499 whereas Vive will cost you $599. And these prices are just for the basic VR headset. HTC has also clarified that the price drop does not indicate the possibility of an update. The current edition goes through minor updates on a regular basis to make the most of the latest technology. The price drop is good news for the tech enthusiasts as $200 is an impressive amount to save.