HTC Vive – Use it to Experience Virtual Reality like Never Before

As the VR market is developing, more and more tech giants are working towards innovations in virtual reality. HTC has proved itself as a strong competitor for the long run. With the release of its Vive headset, it has provided tough competition to the Oculus Rift and other headset developers.

HTC Vive – Futuristic and Amazing in Every Aspect 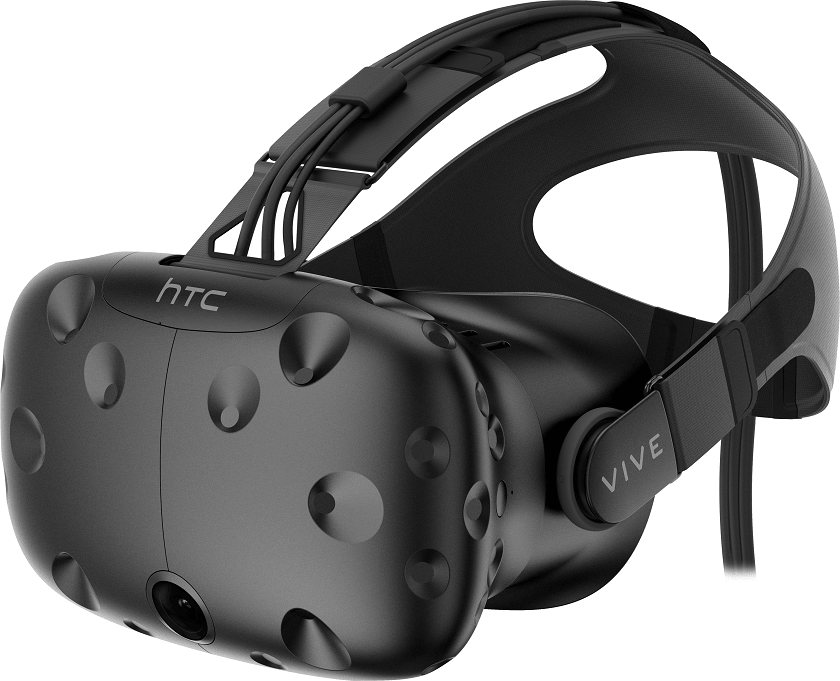 The VR headset was unveiled during HTC’s Mobile World Conference in March 2015. It was then officially released on 5th April 2016. Since its release, HTC Vive is the most advanced VR headset being sold in the market. The Oculus Rift, HTC Vive’s biggest competitor is already in the market before the latter’s release. But the HTC baby has proved itself to be a better VR gadget than its competitor.

Vive is the only system that allows you to act real in the virtual world, like standing up, walking, duct or lunging around. This is possible by special controllers that come packed with the Vive. Vive is also fully customizable while setting up the play area. But this amazing feature also takes up an ample amount of space. HTC recommends at least a 6*5 foot area for your VR activities. Although, you can utilize more space for hassle free experience.

Its packaging includes two controllers, two sensor cubes, one headset and one linking accessory along with four power cables. Each accessory had one definite cable assigned to it and arranging everything becomes a bit annoying. You also need a big room with enough mounting space for the controllers. It comes with mounting brackets and they need to be screwed around 2-3 meters high on the wall facing downwards.

The HTC Vive offers a sit-down or a stand-up experience also. But our best advice is to invest a dedicated space for Vive. This VR headset that has been designed for extensive movements and an in-an-out reality experience needs to be felt in that manner itself.

The headset is pretty simple in design and heavy in weight, approximately 555 grams without cables. You will take some time to trust its fitting given the weight of the headset. The headset is heavier than Oculus’s headset but once you tighten the straps, be ready for an immersive experience of your lifetime.

All in all, the tedious process of arranging HTC Vive and the lengthy procedure of set up is worth the experience it offers.

Presently, the HTC VR headset costs $800 (or approx. $900 including add-ons). A bit costly priced comparatively but for the feel and experience that it offers; it is worth spending each dime.

Some of the Best Games on HTC Vive

If you are planning to buy the virtual reality gadget, try these games that it offers, along with others –

A Quick Update on HTC Vive

Since HTC Vive has set its foot in the market, it has bagged 22 awards in its pocket in CES (Consumer Electronics Show) 2016, held in Las Vegas. It also collected the Best of CES during the same event.

The Taiwan company also has other updates to offer. It announced a Vive accessory – Vive Deluxe Audio Strap in CES 2017, Las Vegas. It adds integrated headphones to improve the headset’s comfort level. HTC will be revealing the availability details at the Mobile World Congress, 2017 in Barcelona. It is expected to be rated at 100$ approx. and pre-orders are opening on May 2nd.

On a Final Note

Even with all the negative aspects, it is hard to ignore the HTC Vive. This VR Headset is like setting up a 1960’s PC and yet worth the efforts. Currently, this is the most advanced gadget in the world of VR headsets. It surpasses the capabilities of its major competitors and that is why, you won’t mind ignoring minor drawbacks.

For the experience that it offers and to immerse in the world of Virtual Reality in an unmatched manner, HTC Vive is worth every penny. Go for it if you are ready to afford both, the money and the space it requires.

Dip into Your Private VR Kitchen with IKEA