Chinese multinational Huawei announced its entry into virtual reality with a phone based on Google’s Daydream VR blueprint. Though there isn’t much information, the device is said to arrive as early as fall 2016.

It appears like the Chinese company is taking VR very seriously like it should and after unveiling its surround sound headset in April, the company is all set to delve much deeper into the still largely uncharted waters of VR. 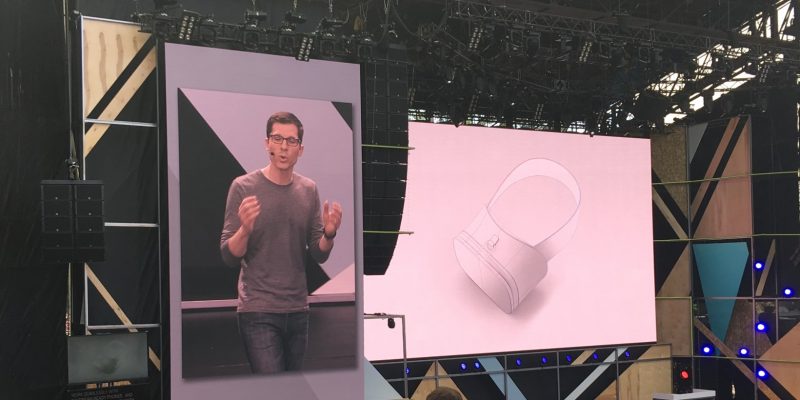 Google’s Daydream is a stock of specification for smartphone software as well as a platform for hardware that tries to make virtual reality more accessible. Guidelines include making a phone with a powerful processor, high-density screen and a range of sensors. By devices complying with the Google’s software system, they should all easily work with the VR headset, which is quite similar to Samsung’s Gear VR. The headset is also said to feature a controller, making navigation simpler.

During last month’s I/O developer conference, Google unveiled a virtual reality headset and controller, which the companies can copy parts of for their own devices. There’s also a Daydream software system that builds on the original Cardboard app, which intends to compete with the likes of Facebook’s Oculus VR.

Huawei is one of the first device makers to announce a release date for its smartphone. Other manufacturers that have agreed to Google’s platform include HTC, Samsung, LG, Asus, ZTE, Alcatel and Xiaomi. These handset manufacturers might make their own headsets to Daydream standards along with the smartphones.

Richard Yu, the Director of Huawei also discussed the upcoming smartphones. The CEO said that the company will be teaming up with German optics legend Leica for the next five years at least. The joint efforts of the two companies began with this year’s flagship – the Huawei P9 – which sports a dual-lens camera.

Also Read: What Makes Uber China So Confident of Reaching the Number One Position

In terms of sales, the Chinese manufacturer’s sales increased 59 percent in the first financial quarter, compared to a year earlier, slowly making headway in the global smartphone market. In comparison, Apple’s sales declined 14 percent and Samsung’s sales remained the same, according to Gartner Inc. Huawei is doing reasonably good in Europe and Asia but still has a limited presence in the U.S. The company is looking for ways to handle this. With aggressive spending on R&D and expanding portfolio, it remains to see if the Chinese company will gain traction globally.