Hulu stands as one of the foremost leaders to implement the co-watch trend during the pandemic.

Video streaming service Hulu stood as one of the first streaming services to launch a co-viewing feature named Watch Party. The service is a feature that enables multiple people to enjoy movies and shows together. It launched the Watch Party feature to all on-demand subscribers. The feature was initially introduced during the early pandemic days and allowed subscribers to watch shows together from various locations across the world.

The feature also enables subscribers to connect over a group chat and react to the movies and shows they are watching together. The group chat interface appears on the side of the screen.

Earlier, the co-viewing feature was available only to “No Ads” subscribers before the platform tested it with Hulu’s ad-supported subscribers as well in a more specified capacity. To celebrate the Season 2 premiere of Hulu Original show “Pen15,” Hulu opened the Watch Party feature experience to its ad-supported customers for around ten days in 2020, around September 18. In November, the video streaming service began testing the Watch Party feature with its election news live streams where viewers co-watched the news live content.

According to Hulu, the Watch Party is no longer at present in a testing phase. Still, it is officially available for all- both sets of on-demand customers and commercial-free as well as ad-supported plans. 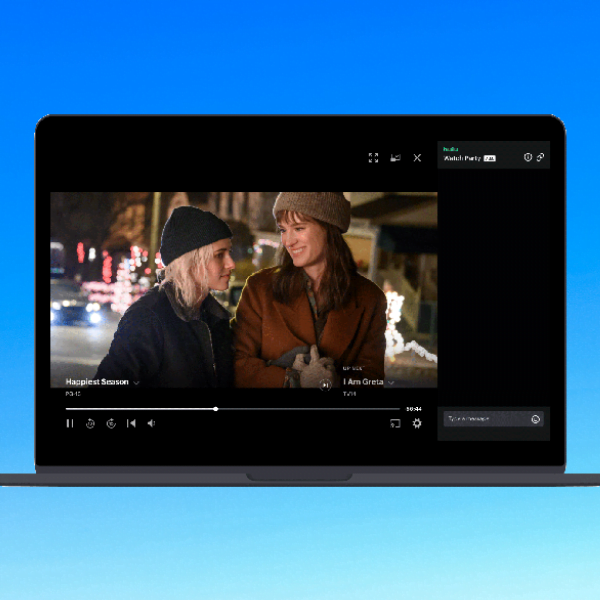 On the initial launch, the Watch Party feature worked with thousands of on-demand titles selected from Hulu’s library. The titles included not only Hulu’s own original content but also several other licensed and broadcast popular programs. Some of these include “The Golden Girls,” “This Is Us,” “Family Guy,” and “The Bachelorette,” these are the shows Hulu stated have become popular titles for Watch Party feature during its testing period.

For subscribers to use the Watch Party feature, they will need to look for the new Watch Party icon that will appear on a show title’s detail page on the website Hulu.com. After that, the icon will take them to a link to share with up to seven other Hulu subscribers. The subscribers should be of age 18 or older. The co-viewing experience doesn’t need any browser plugin, but it works directly on the Hulu website for all.

Once the program and show play, users can chat and react with emoticons in the group chat window or even pause the co-viewing experience when they feel they need a quick break. This would not cause any viewing stream for the other viewers, as it does with specific co-watching experiences. Instead, the user will quickly rejoin the group and stay behind others to watch the show and enjoy the chat, or they can also use a “Click to Catch Up” button located in the chat window to get back in the group chat and viewing sync.

Co-watching has become a popular activity during the COVID-19 pandemic situation. People are restricted to their homes with lockdown and social distancing guidelines and looking for ways to stay connected with friends and family. Besides Hulu, other popular streaming services that launched co-viewing features include Amazon Prime Video, and the Twitch platform launched its Watch Parties.