Hyperloop One in Dubai: Dubai to Abu Dhabi in 10 Minutes!

Much has been written about Hyperloop One which wants to introduce the world’s first ultra-high-speed pneumatic transportation system. Less is known about its current developments and future plans. At an event hosted in the Burj Khalifa in Dubai, Hyperloop One announced that Dubai will be the first city where it will build the super-fast transportation network.

The company will begin building the futuristic transportation system in partnership with Dubai’s Roads & Transport Authority. The technology may connect Dubai and Abu Dhabi, promising a journey time of 10 minutes. 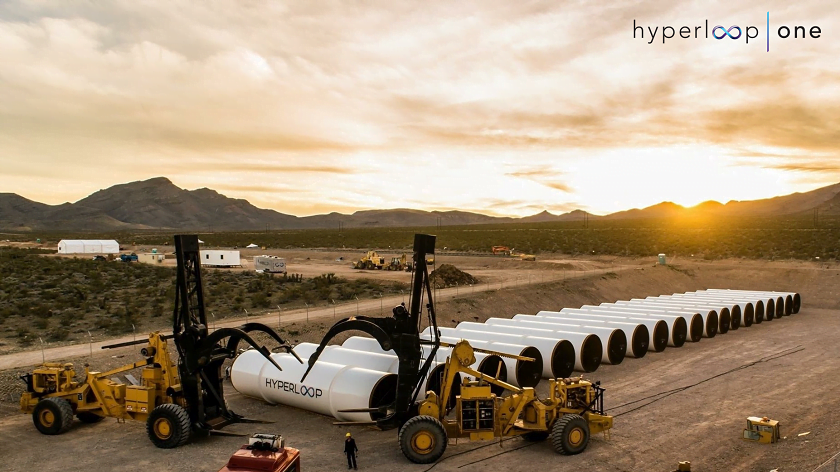 Hyperloop One promises Hyperloop rides from Dubai to Abu Dhabi in 10 minutes at a speed of 500 mph. The capital city of United Arab Emirates, Abu Dhabi is located 150 kilometers away from Dubai. Hyperloop could link Dubai to Riyadh in 48 minutes, to Doha in 23 minutes, and Muscat in 27 minutes.

Not long ago, Hyperloop One released a video explaining how the system could work.

The company is yet to discuss the terms of the deal with Dubai. It’s too early to say when and where the testing will be conducted. Its first move could possibly involve studying the viability for building a transportation line linking Dubai to Abu Dhabi.

Hyperloop One co-founder Josh Giegel says it’s the company’s first such agreement with a transportation authority. “We believe this is the first step towards making the technology a reality and we looking forward to having the prototype ready by 2020,” said Geigel, in an interview with Gulf News.

The Los Angeles-based company has also joined hands with DP World to implement the technology in Jebel Ali port. The Jebel Ali port is the world’s largest man-made harbor and marine terminal in the Middle East.

Air-cushioned pods will transport passengers and freight lines in capsules travelling at speeds of 1,100 kilometers per hour. The air-cushioned pods are pushed through a network of semi-vacuumed tubes using propulsion mechanisms and levitation.

Hyperloop transportation system is the vision of entrepreneur Elon Musk, the founder of Tesla Motors, PayPal, and SpaceX. Musk first unveiled the concept for Hyperloop way back in 2013, but later open-sourced the technology, and is no longer directly associated with its development.

A handful of companies, including Hyperloop One, BIG, Arup, and AECOM are trying to build the Hyperloop system. Hyperloop One was the first company to test its propulsion technology near Las Vegas. It has achieved speeds of 187 kilometers per hour in 1.1 seconds. Its biggest rival is Hyperloop Transportation Technologies, which is building a test track in California. The company is already in discussions to build a Hyperloop between the cities of Vienna, Budapest, and Bratislava.

India To Have The World’s First Hyperloop System