HyperX showcased its first 60-percent mechanical keyboard, called the Alloy Origins 60, at the CES 2021. Mechanical keyboards are an essential part of the gaming ecosystem and have a compact and aesthetic design. The keys are fewer but perform double functions, which can be activated by holding down the function button.

Most major gaming peripheral companies have already introduced 60-percent mechanical keyboards, HyperX is a little late to the party, but its brand value has a loyal customer following. 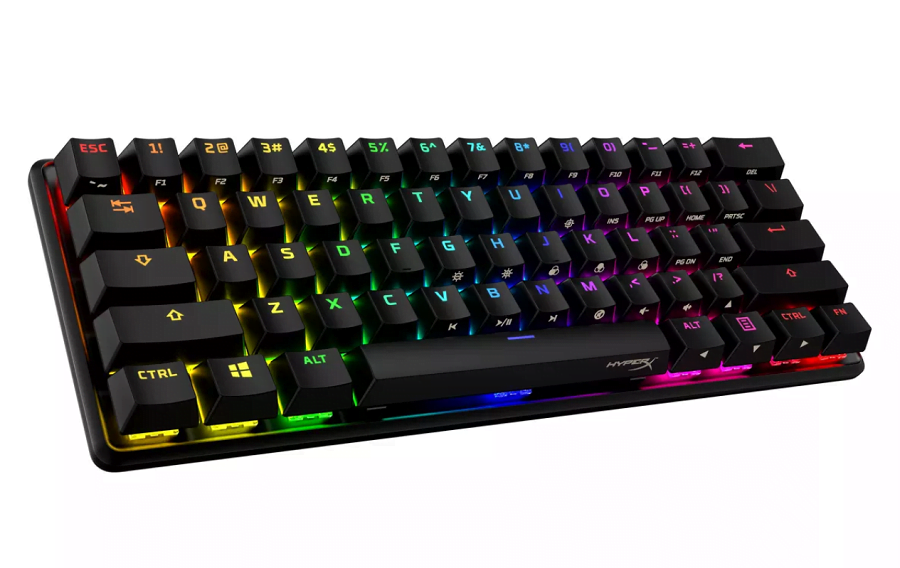 HyperX last year released a limited edition compact keyboard in partnership with the popular mechanical keyboard maker Ducky. The 60 percent-sized Ducky One 2 Mini came with linear mechanical key switches in red surrounded by a black matte frame. The switches were covered in Ducky’s durable keycaps, Only a total of 3,700 units were sold.

The Alloy Origins 60 has similar switches along with a USB-C port for connecting it to your computer. It can store up to three profiles on its memory. The profiles can be switched on the keyboard itself or through HyperX’s Windows 10 app. You can customize your key commands along with LED lighting. The compact keyboard’s layout is smaller than HyperX’s Alloy Origins Core, its tenkeyless keyboard. The smaller size y frees up space for mousing and is easy to carry when traveling.

HyperX says its keycaps come polished with the PBT double-shot, which means that they’re resistant to wear and tear—the letters will not fade away with prolonged use. This model will release in the US on February 22nd for $99.99. HyperX also announced during CES 2021 that its Pulsefire Haste wired gaming mouse, Cloud II Wireless gaming headset, and the Cloud Revolver 7.1 wired gaming headset are all available globally.

Gaming became an even more go-to activity this year as people searched for safe, entertaining ways to stay connected with friends and family,” said Daniel Kelley, director of corporate marketing, HyperX. “HyperX’s new product lineup reflects our ongoing commitment to the ever-growing gaming community to deliver best in class products for whenever or however one plays.”

HyperX is the gaming division of Kingston Technology Company, Inc., the world’s largest independent memory manufacturer, and has built a reputation in the gaming world for its peripherals.

For the past 16 years, the HyperX mission has been to develop gaming products for all types of gamers – high-speed memory, solid-state drives, headsets, keyboards, mice, charging accessories for console players, USB flash drives, and mousepads.

It has won many awards for its products. The HyperX brand is known for consistently delivering products that deliver superior comfort, aesthetics, performance, and reliability. HyperX has shipped over 75 million memory modules, 15 million gaming headsets, two million keyboards and one million mice worldwide.