IBM Has Most U.S. Patents for 24th Consecutive Year

In 2015, IBM quietly amassed a trove of 7,355 patents, down slightly from 7,534 in 2014. A spokesperson for IBM said the company will earn more than 8,088 patents in 2016. The patent output also covers 2,700 inventions ranging from artificial intelligence, cloud computing, and cognitive computing. IBM patents also blanketed a wide range of technologies that also included cybersecurity, and cognitive health. For the 24th consecutive year, IBM has earned the most patents of any company.

“Leading the world in innovation for 24 years in a row is a result of IBM’s unmatched commitment to innovation and R&D, reflected in this year’s new U.S. patent record, breaking the 8,000 barrier for the first time,” said Ginni Rometty, IBM’s CEO, in a statement. “We are deeply proud of our inventors’ unique contributions to discovery, science, and technology that are driving progress across business and society and opening the new era of cognitive business.”

IBM Has Most U.S. Patents 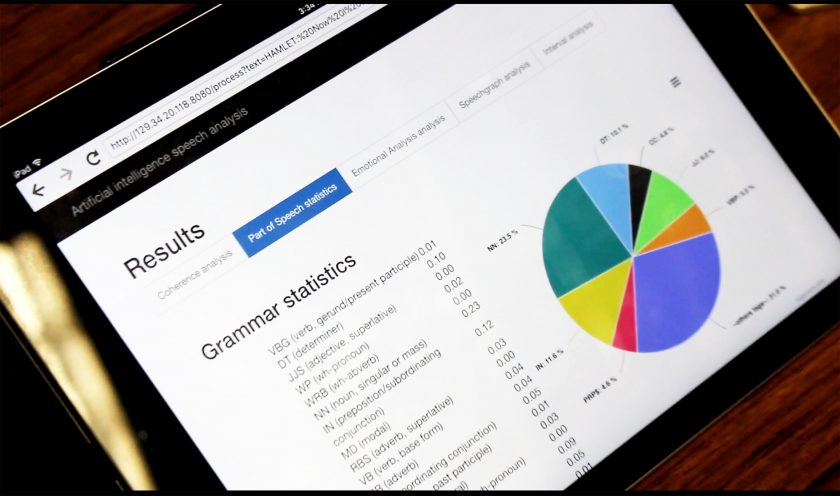 The Golden Age of Innovation

Over 8,500 inventors residing in 47 states and territories and 47 countries contributed to IBM’s record-breaking 8,000-plus patents. IBM inventors based in New York were granted over 2,700 patents, while inventors residing in California and Texas received over 1,000 patents each. The patents ranged from machine learning for securing the best answers to questions, to planning the best route based on a traveler’s cognitive state.

As a matter of fact, one-third of IBM’s researchers are dedicated to AI and cognitive computing. In 2016, IBM inventors were granted more than 22 patents per day, making it the first company to claim over 8,000 patents in a single year. 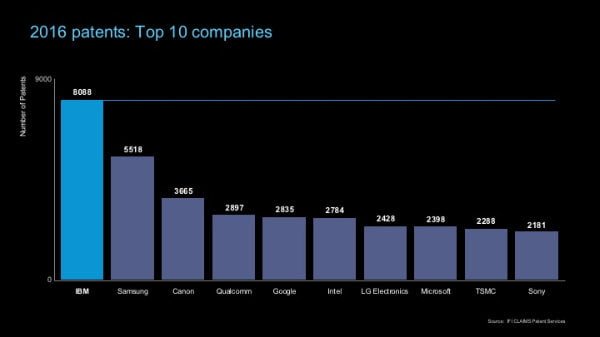 In healthcare, IBM patents include a personalized hearing aid; and drones that filter out microbes in hospitals, food processing plants, and agricultural fields. Albeit, there’s an appalling gap between the final product and the patent filing form we see from the company.

Amonk, New York-headquartered IBM invests in excess of $5.4 billion annually in research and development. The investment contributed to the efforts made to unlock new technologies, and has helped IBM propel in new markets.

The second-ranked company, Samsung Group, had earned 5,518 U.S. patents. Camera giant Canon was in third place, ahead of Qualcomm, Google, Intel, and LG alongside Microsoft, TSM and Sony. Apple Inc., however, didn’t even make it to the top ten.

All said and done, it’s good to see IBM at the helm of futuristic thinking.