Except for tech giants Apple and Google, the majority of world’s leading consumer electronics brands rolled-out best of their technological innovations at IFA 2018. Beginning from Samsung’s 8K display prowess and Bose’s debut in smart speaker segment to launch of upgraded Wear OS and Sony’s sturdy memory cards, 2018 IFA has got a lot more topics in the kitty before it ends on September 5. Amid announcements of a series of new gadgets, let’s take a look at the best of 2018 IFA. 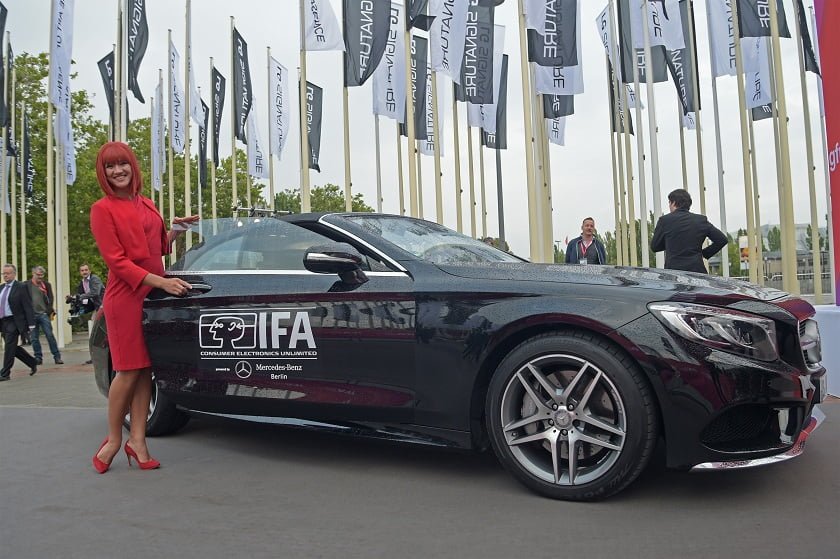 Acer unveiled an over-the-top gaming gear, Predator Thronos Gaming Chair and placed itself under the list of biggest announcements at IFA 2018 so far. It is an electronic chair, ergonomically designed, reclining up to 140 degrees and installed with three 27-inch gaming monitors in addition to a Predator gaming PC. The 1.5 meters tall gaming chair is made of steel and available in daunting dual-tone black with white or blue hues.

Dubbed as the gaming cave, the Predator Thronos is designed to offer a thrilling gaming experience. Acer did not discuss anything about availability or price of this hulk chair at 2018 IFA.

Sony unveiled its flagship smartphone of this year, Xperia XZ3 at Europe’s biggest trade show for consumer electronics and home appliances. It’s too early to comment on how Sony would stand-out in the industry overwhelmed by Chinese tech giants right now. Yet the company’s engineer team has designed a sleek 6-inch smartphone model with 4GB RAM, 64GB hard drive, 19MP major camera and 13MP front camera.

Sony Xperia XZ3 is powered by Qualcomm Snapdragon 845 fast processor and houses a Smart battery charging technology to keep the phone lasts for 24 hours on a single charge.

In the era of storing photographs online, IFA 2018 saw launches of multiple instant cameras. Polaroid, a veteran camera company, unveiled its next-generation of Polaroid Originals cameras at IFA 2018. The Polaroid OneStep+ is a new instant camera featuring Bluetooth connectivity, six new creative tools and a portrait lens too. This means, now the photographers can connect the instant camera with their smartphones and can print pictures instantly from a foot-away distance. The OneStep+ instant camera is available for €159.99 ($186).

Though Google did not unveil any smartwatch at European consumer trade show this year, several other companies including Skagen, Casio launched their Wear OS gadgets.

Skagen announced a new smartwatch in the Falster series launched earlier this year, Skagen Falster 2 in the Berlin event. Falster 2 embeds more functions than its previous models which include inbuilt GPS technology, heart-rate tracking, altimeter and Google Pay for card-less payments (NFC). It has a 40mm diameter and will be marketed in four colors – Rose Gold, Gray, Silver and Black. Skagen Flaster 2 price starts from $275 and is expected to arrive in the market on September 12.

Dell Inspiron Chrome 14 2-in-1 will be available in the United States from the mid of October for a starting price of $599.

In short, the new NETGEAR router, Orbi Voice will now double up as a smart speaker powered by Alexa. It will be available for $300 from the next month. The new router features Wi-Fi coverage up to 4,500 square feet and speeds up to 3Gigabits per second, besides integrating world-class audio technology from Harman Kardon for superior sound in any room.

Philips yesterday at IFA in Germany announced that its smart lighting system will operate with Siri Shortcuts from the upcoming fall season. Currently, this feature is at the beta testing stage.

Strengthening its partnership with Apple further, Siri Shortcuts integration on Philips Hue will facilitate users to further customize their Shortcuts to incorporate Hue-specific lighting setting and program multiple other settings to be performed simultaneously. For example, if the user says, “Hey Siri, I am home,” after the office hours on weekends, the system will switch on the lights as pre-specified and will also send a message to your friends letting them know you are back and ready for a night out.

Likewise, through Shortcuts, Hue lights will interact with other connected apps and services. For instance, the dinnertime shortcut may also play music through your HomePod, enable Do Not Disturb setting, etc.