IKEA announced a partnership to sell a custom line of smart speakers with Sonos in 2017. Even though it’s not clear what the furniture company could venture into, there’s a confirmation about when. The IKEA Symfonisk line will kick start this August.

IKEA and Sonos made the joint announcement in an intensely orchestral video shared by Variety. Although both companies didn’t give away what the speakers will look like, however, they both seem to have something different coming. Rather than a speaker that is placed on bookshelves, these speakers, according to the video, will be bookshelves themselves. The furniture and tech fit perfectly into IKEA’S recent pursuit of the smart home market.

In the video, Sara Morris, product manager at Sonos, explained that its aim could only have been achieved working with IKEA.  Sonos plans to get sounds into the furniture by unknown means so that people will focus on the sound, not the speaker.

Symfonisk will represent the existence of sound in our lived environments in a rather deeper play. Beyond the fact that IKEA produces furniture and Sonos speaker, the Symfonisk will make sense given Sono’s 17 years of developing its own software platform for sound. IKEA has committed already to using cloud and smartphone-based tech produced by Sonos. This partnership can help transfer music from any service to anywhere in the room your speaker is.

With the partnership, there would be a deviation in IKEA’S strategy of trying its skills in the tech world. Recall that IKEA built its platform technology in-house by itself from scratch but the result was nothing to trust. It has bugs all over like one of those Kickstarter projects. Sonos will now afford IKEA the luxury of unseen digital maturity. 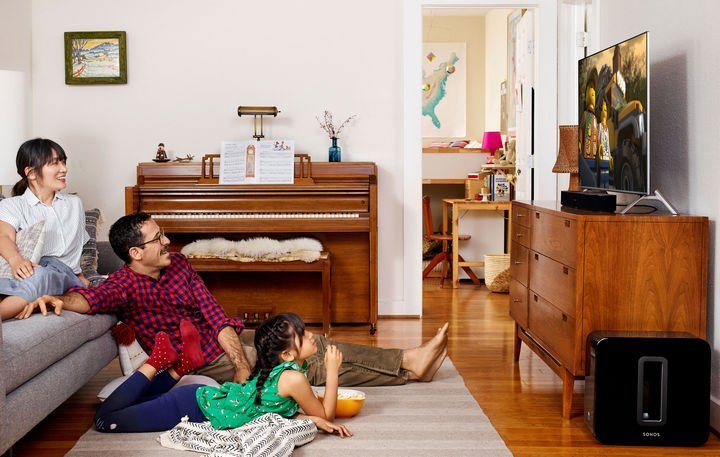 Also, given that audio equipment is always an exception to the short life span of technology, Symfonisk scores a point too. Hence, if there is one thing Ikea would be building as technology into furniture, they are simply speakers.

Don’t consider Symfonisk as a Scandinavian UE BOOM alternative, its more than that. It can serve as an avenue to combine sound and even AI naturally into an entire home. There has been an attempt by Google to convince the public to install smart home assistants. Google made this effort by camouflaging its speakers with domestic-friendly fabrics. However, the opportunity to perform better has come for IKEA. It could present to the public ambient computing for a non-screen, connected life. Recall that Amazon partnered with Sonos earlier to build Alexa assistant into smart speakers.

The question now does not surround on the technical possibility of IKEA and Sonos in this regard, but on the effect of its thesis to be future of sound. Could it provide easy and comfortable means of playing music? There are lots of questions in that light to ask. Regardless of the path chosen by IKEA and Sonos, IKEA will have a major part to play in their success. It has to be committed to spreading the chosen concept immensely that it becomes a natural default to an audio environment rather than just a choice for consumers.