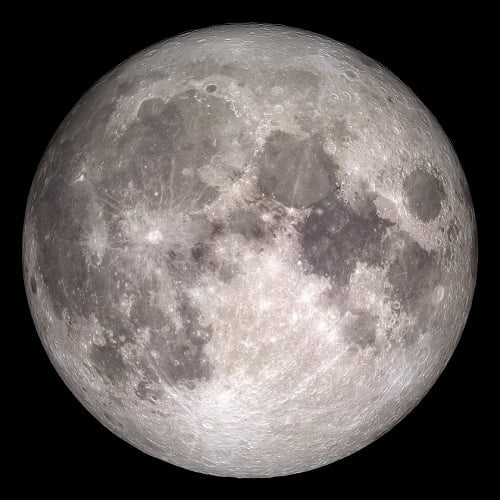 3D Printing has become a cliché with much of the internet covering it religiously for past couple of years. Since the technology is rather new, every now and then we come across a cool idea that garners a lot of attention. Here’s we are again with a similar attention-grabbing idea put forth by an MIT student: 3D Printing the Moon.

First-year computer science student Thatcher Chamberlin has created a program called Terrain2STL, which allows users to 3D print terrain from anywhere in the world using Google Maps. The program converts digital map data into 3D printable STL files so that you can print replicas of places you like. The files were shared by Chamberlin in Reddit’s 3D printing community earlier this week. He explained Motherboard Vice that the Moon2STL site (for the Moon) follows from his work earlier called Terrain2STL (for the Earth).

Yes! 3D Printing the Moon is now an attractive possibility.

Chamberlin used data extracted from a topographic model of the Moon from the US Geological Survey and the maps have been extracted from the Unified Lunar Control Network 2005. He imported the photogrammetric map as an STL file to his website. The Moon2STL site will allow users to select part of the Moon they want to 3D print via Google Maps. It processes the elevation data of the area, which also marks where features in a detailed manner, complete with craters, ridges, and bumps. By taking hold of one of the little squares on the mouse, users can zero in on a specific area, zoom in a little to get a closer look at any topographical feature such as a mountain or a canyon and get it 3D printed.

The MIT student was initially inspired to build Terrain2STL because he wanted to create a model on his milling machine of a local harbor where he teaches kids to sail. He soon found out that in order to accurately replicate a detailed photogrammetric imagery he had to download a huge amount of data. 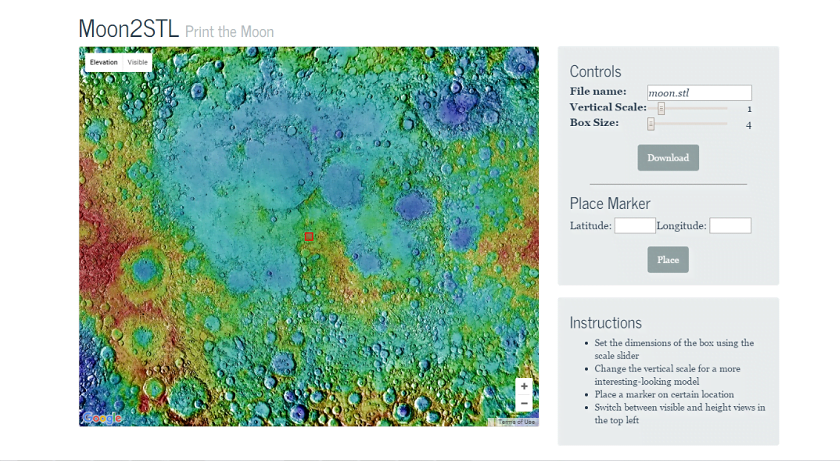 Chamberlin shared the idea on Reddit where several users seemed keen on the idea of printing the Moonscape. He believes it would soon be possible to print the entire surface to a life size scale. Although, if you do print a life size scale of the Moonscape, you’d be practically walking on giant craters that spread up to tens of kilometers on the Moon. Previously, NASA made similar files available for 3D printing of the moon, specifically the Apollo landing sites.