How Important Is Tidal Takeover For Apple?

Tidal and its exclusive content melodrama are probably snapped up. Apple CEO Tim Cook is reportedly in talks for Tidal Takeover, which is a music streaming service, owned by the iconic rapper Jay-Z. The news ‘Apple buying Tidal’ makes sense as the former is exploring the notion of using Jay-Z’s music streaming service to bolster Apple Music. Tidal shares a great bond with famous international artists like Madonna and Kanye West. 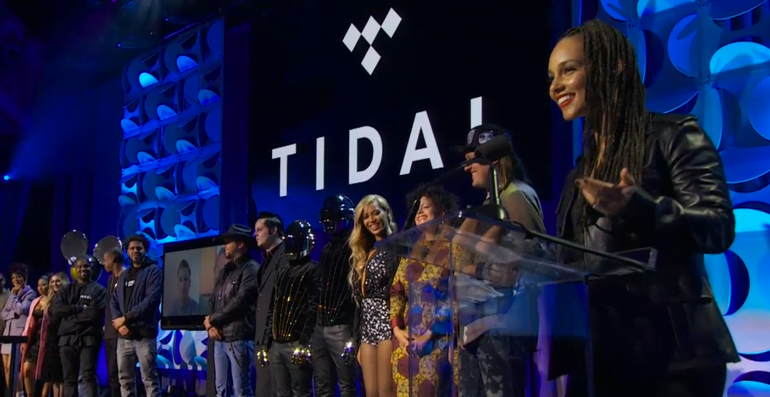 Jay-Z, the rap mogul, bought Tidal for $56M in March 2015 from Aspiro, a Swedish company. A high-profile press event was organized for the re-launch of music service. Popular artists like Kanye West and Beyoncé signed up for a chunk of ownership along with other big names in the music biz.

The company holds exclusive deals like streaming Kanye’s latest album The Life of Pablo exclusively for more than a month. For $19.99 / month, the service provides high-fidelity options for streaming 40M song catalogs. The service also offers a monthly deal of $9.99 for standard-quality, similar to rivals Google Play Music, Apple Music, and Spotify. Tidal managed to amass 4.2M paid subscribers with a string of popular, exclusive releases from Beyoncé, Rihanna, and Kanye West.

At present, Tidal is the only music service offering the song catalog of the late famous pop icon Prince. The late star, who died in April due to overdose at the age of 57 in April, was wary of streaming services, but shared a close relationship with Tidal owner Jay-Z.

The Apple buying Tidal talks are going on, but it may not as well result in a fixed deal. The terms of the possible deal remain yet unknown. In the meantime, a Tidal spokesman concludes the company executives haven’t held discussions with Apple yet.

It’s quite obvious that Apple is planning Tidal takeover for its technology. Tidal is the only music streaming service, which offers Hi-Fi and CD- quality streaming. Almost half of Tidal’s subscribers pay for the high-end subscription. The passionate subscriber base of Tidal has always been eager to chip in for high-fidelity sound quality. To begin with, the iOS giant could tap into the audio technology of Tidal to provide a higher tier for Apple Music at higher subscription charges.

In the same time, the higher rates and technology aren’t all the Cupertino behemoth has to gain. Apple likely has set its eye on the service for its influential team of executives. These are known to be quite shrewd and highly manipulative in the world of music industry.

Star power, though, is the main element, which Apple is looking for. Jay-Z successfully managed to score exclusive streaming rights to big names. The service also houses rights to exclusive videos like The White Stripes’ first TV appearance and Daft Punk’s Electroma film. It shouldn’t surprise you that Beyonce’s controversial ‘Lemonade’ album too was a Tidal exclusive.

For Apple, Tidal Takeover would arrive as a boon. Assuming that having bigger names onboard eventually means more influence over the business of music industry when it comes to rights. Sure, Apple’s streaming service has nailed down its very own exclusives such as Drake’s Views, but Tidal’s power would bring more offerings, resulting in higher profit generation.

The power to tap major artists would bring a greater advantage for the iOS giant. Apple plans to expand its business as not just a tech company, but a lifestyle brand.

The news of takeover talks arrives almost a year after the company launched Apple Music. Recently, Apple reported of having 15M paid subscribers. The company announced it would redesign the service in the fall as a bigger segment of update addressing the complaints that its software is hard to navigate and confusing.

A deal with Jay-Z’s company would result in bringing two of the most iconic and legendary individuals in the world of hip-hop to the camp of Apple. Eventually, the deal will unite West Coast and East Coast rap under the roof of a single business interest.

Why The Future Of Apple Music Looks Bleak