Impossible Project Debuts I-1, its First Instant Camera for the Digital Age 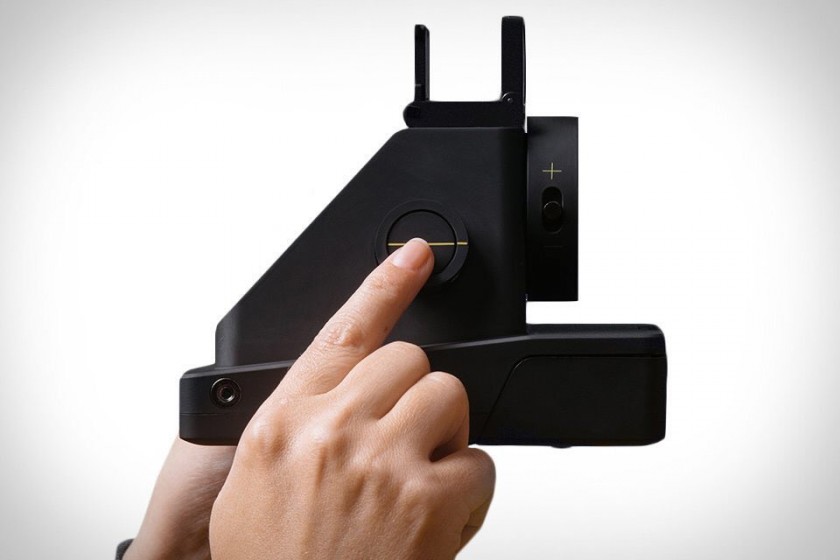 The Impossible Project broke some new ground of its own by launching its very first instant camera. The I-1 camera is a revamp of the classic Polaroid consolidating the best of past and present technology to form a sleek digital package that produces instant prints.

The company gained popularity in 2008 when it stepped in to purchase the last remaining Polaroid factory in an attempt to keep instant photography alive. The camera and app were unveiled by CEO Oskar Smolokowski at the Bloomberg Design Conference 2016. The Impossible I-1 comes with a suite of connected features and will be available starting May 10th for $300, making it pretty expensive.

The camera and app were unveiled by CEO Oskar Smolokowski at the Bloomberg Design Conference 2016.

For starters, the camera shape looks large, comes with minimal physical controls, a shutter button, a dial for exposure compensation, and a very approximate focus selector. The most notable feature, however, is a companion smartphone app that allows the camera to be wirelessly controlled over a Bluetooth connection.

The app lets users make manual adjustments, such as its shutter speed, aperture, flash, and more. They can also choose from presets for certain special effect options which include, for instance, long and double exposures. Power for the flash and other functions comes through the camera’s inbuilt battery, which is chargeable via USB cable.

The device’s rather striking LED ring flash will automatically adjust to present conditions with sensors detecting ambient light, though manual settings can also be made through the mobile app.

The camera will be able to capture photos and print them on the spot using type 600 film that the company managed to recreate through a reverse engineering process. The old and discontinued Polaroid film works with the camera too.

According to Impossible Project, this is the only new camera that uses this Polaroid format currently. The mobile app is only available for iOS at the moment, though an Android version is likely available at some point.

The cameras $300 price tag becomes a more expensive option than the Instax, another popular instant-developing camera made by rival Fujifilm which costs between $60 and $150. The Impossible Project is hoping that its device has enough in terms of features to lure instant-camera enthusiasts who have a few more bucks to spare.