Inbox by Gmail will now allow you to Snooze Emails

Google’s ambition to change the way we deal with our emails has resulted in a recent launch of new features in Inbox by Gmail. This platform is smart enough to sort your emails and even snooze emails that are not of the higher priority.

It is great to be able to snooze emails because it lets you focus on what you can do right now instead of picking the tasks that you can put off until later. The Gmail update has managed to include two new features that were in high demand by users via feedback. Both the features help you save some time and maintain a clutter-free inbox. 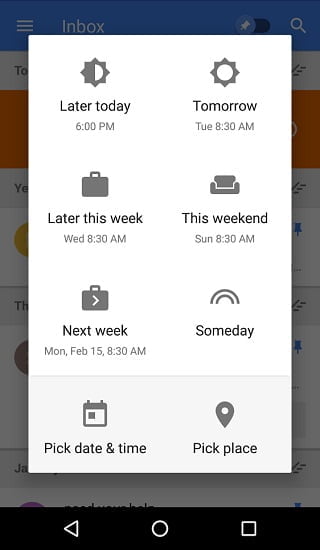 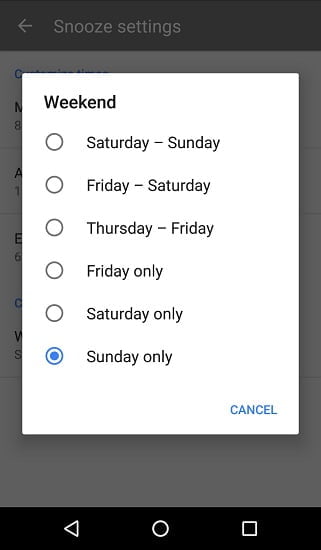 The two new features added to Inbox by Gmail are “Later this week” and “This weekend”, which are perfect for when you just cannot deal with another mail. You can just click on “Later this week” or “This weekend” button when you receive an email that does not have an urgent deadline. The app will send you another reminder regarding the email at the end of the snooze period. Such features will eliminate the need for using custom snooze.

Additionally, the update is also providing with an option to set your preferred weekend days that work best for you, similar to choosing the preferred morning time to receive emails. This feature is specially added for people who live in places where the weekend spans are different days of the week so that they can snooze emails until their preference.

These features will be added to the Inbox by the next week, so you may start using them to save some time and be more productive. These updates are only available on Inbox, so you now have one more reason to switch to this app from your native mail app.

Wouldn’t it be great if wake-up alarms could be snoozed until the weekend?