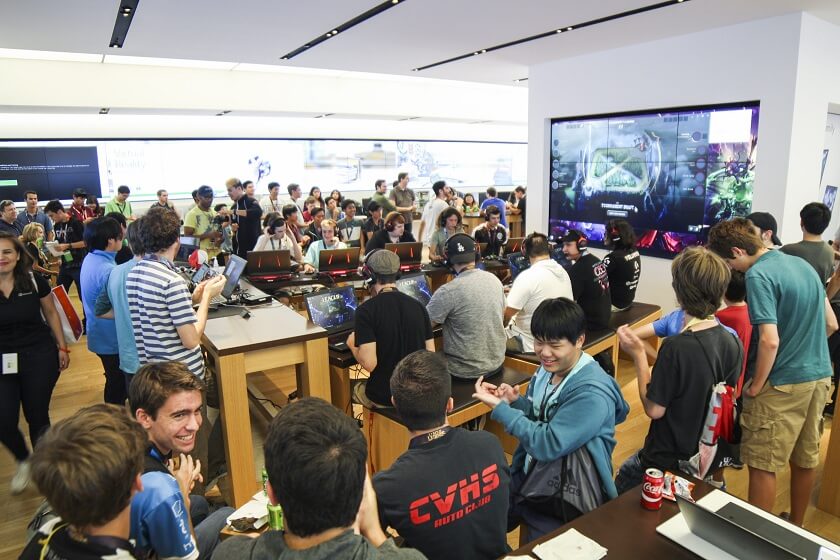 Gaming is a booming $150 billion industry that is facing some tough hurdles in the time coronavirus. Some major gaming meets and event have been cancelled due to the virus, which has left gamers, developers and publishers of the industry upset about missed opportunities, networking and postponement of release dates of games.

Most affected are the indie gamers, who either work on outsourced art assets of the game or develop games for mobiles or gaming consoles. Annual events and meets are venues where they can showcase their talent and get publishers to fund them or buy their games.

Cancellation of Game Developers Conference this month and the biggest of them all, E3, in the summer has torpedoed games coming next season into 2021.

“Despite the technology updates and communication channels at our disposal, nothing really beats the face-to-face meeting, says an indie game developer. “It’s an increasingly challenging market and being able to talk to customers in a casual environment and having them play our games helps a lot.” Another small freelance developer based out of Lisbon says that missing out on events like Gamescorp is a big loss. He got a chance to develop for Nintendo Switch at such an event. It is tough for freelances.

The boss of a game studio that produces AAA titles for major publishers said that the biggest business opportunities every year were on the sidelines of trade shows. Developers thrash out deals during these times that lead to game releases months down the line.

Everyone is facing delays, the indie developers who can’t find publishers; publishers and gaming platforms who can not fulfil the pipeline of gaming launches in time. But the systems designed to build those companies’ future success are faltering. Outsourcing studios are seeing projects being postponed or not finding collaborators to put out games on time. The supply chain for game art and assets of big publishers, which are outsourced to art studios in China, which was first to suffer the effects, are being delayed.

Super Smash Bros. creator Masahiro Sakurai wrote in tech magazine “Famitsu” last week that the release of additional content for his blockbuster series would be delayed due to the coronavirus. Analysts of the industry say that Sony Corp and Microsoft both have new gaming consoles slated for release next year, which means more work for the studios “EA, Activision, Ubisoft and others track games on a profit/loss basis to determine whether they will be completed on time and they don’t hesitate to cancel ones they deem to have a low chance of profitability,” said an analyst.

Online-only esports events and livestreaming activity will likely grow as more people stay inside. Streamers and content creators will increase their captive audience. IDG’s research indicates that the games market has actually grown from January to March period. Steam’s Peak Concurrent Users (PCCU) grew from 17 million in early January to 18 million in late February, to more than 20 million in March. In China, Playstation Network and Xbox Live and Nintendo eShop all saw greater activity during the pandemic.

The recession-resistant nature of gaming is facing slightly rough weather during the Coivd-19 pandemic. Although the deployability feature of gaming may insulate it a little. Also, free gaming on mobile will see a continuous upward arc, but the PC and console versions coming at a premium will see a downside. Subscription playing will also see some downturn as the pandemic has led to many job losses, and people will not have the cash to spare.

PS5 and Xbox Series X launch might not only be compromised in terms of available supply but the timing of the launch itself. Retail will suffer in lockdown areas and may need time to get back into shape. Indie gamers may also lament missed opportunities, but all these are temporary upsets. Digital gaming, as number show, saw an increased number of users during the lockdown period.

The recession-proof nature of the gaming industry may still hold true. Once the lockdown is over, and the pandemic is brought under control, for the gaming industry it will be business as usual, albeit with delayed releases and smaller content games.