We all know that in the world of gadgets and technology, VR (Virtual Reality) is the next big thing. With VR gadgets like the HTC Vive and Oculus Rift stepping in the market, it has upended the craze of VR (Virtual Reality). For those who think that it is an expensive idea to indulge in the world or VR, it has been made the opposite by Insta360 Nano. Insta360 Nano is a VR gadget that turns your iPhone into a 360-degree camera; with the help of a single app and a connected dual lens system. Even though it is budget-friendly, it provides various cool features along with an amazing image quality. 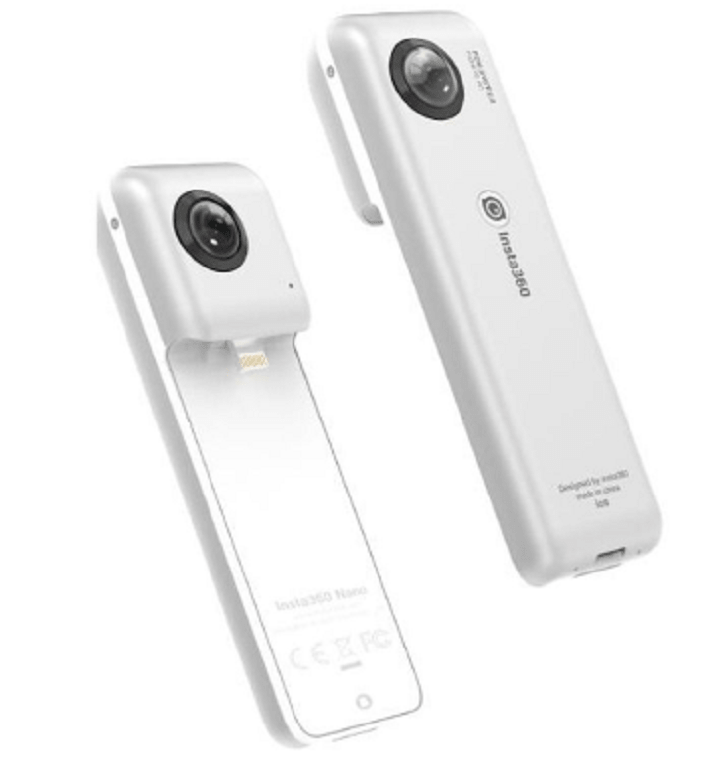 Insta360 Nano features two cameras; in its dongle styled device which plugs into the port at the bottom of your iPhone. On one hand, each camera provides a wide-angle view of your surroundings, while the app stitches them perfectly to create a beautiful 360-degree image.

Follow the below mentioned steps to use Insta360 Nano effortlessly –

An odd point is that it is upside down; but as the lightning port is on the bottom, you will have to use it this way while shooting a 360-degree video. Because of the port’s bottom positioning, shooting a video upside down makes sense, even if it feel odd in the beginning.

After the set-up, you will get a bunch of options like 360-degree pictures, time-lapse images and even live streaming to Facebook or YouTube. No doubt, the set-up for live 360-degree streaming is a bit tricky; but once you do it, the results are superb. According to Facebook, the device authentication generally expires in a few days; which means that you have to do the preparation again for your next use.

However, if you want to opt for the shoot first and do the dealing of the video later; you can easily upload your videos to the cloud platform and viewer, which is built-in.

Is it Worth the Budget?

It is priced around $200 dollars. For the users who are super active on Facebook and Instagram, it is a really useful gadget. It will surely help you to provide amazing content, thereby increasing engagement on these two sites. An additional benefit for the social media lovers is the live streaming feature in Insta360 Nano.

While for the more hardcore and professional users; it won’t be as useful as premium VR gadgets like the Oculus Rift and HTC Vive. If you are an on the go user, Insta360 Nano is a rather complicated choice for you. You will not wish to fuss over the extra steps which are required to capture a quick video or photograph.

But for those who are enthusiastic about event or travel photographs; the features of Insta360 Nano will surely add visual appeal to your captures. After all, a new touch to the same old boring images is always a good option.

To summarize it, Insta360 Nano may not be an everyday usage device, but it is surely a pocket-friendly and considerable option for the tight-on-budget Virtual Reality (VR) lovers.