The new Insta360 camera happens to be a massive upgrade over its predecessor.

Insta360 X3 360-degree, the new Insta360 camera, has garnered extremely positive feedbacks within such a short span of time since its worldwide release. Regarded as one of the best action cameras, Insta360 X3 360-degree has already many laurels and accolades across the globe. Hence, it calls for an action-packed journey to look at the world from a different perspective altogether. Here we go! 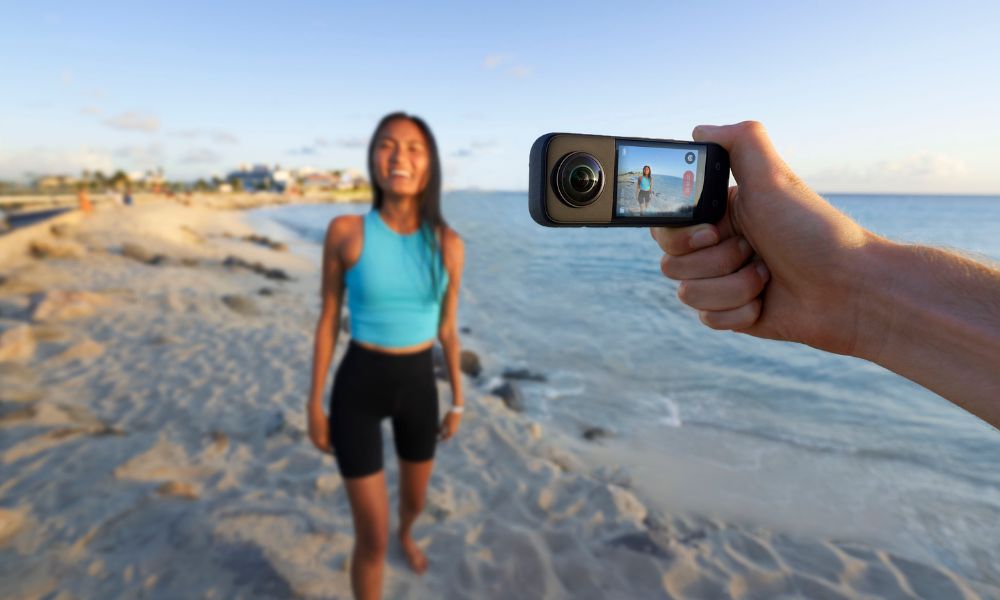 The new Insta360 camera has a 2.29-inch display, which also acts as an excellent viewfinder. [Image Credit: Best Buy]

Here are the key features of the all-new Insta360 camera:

Dubbed as one of the best 360-degree cameras to arrive in 2022, Insta360 X3 360-degree was unveiled to the tech-world when it got released globally on September 8, 2022. Its worldwide sales have been experiencing a huge surge of late and have got praise from tech-experts and critics.

The pocket-pinch for the new Insta360 camera, happens to be $449.99. Given its array of features that traverse through a wide range of essential functionalities and tick many boxes, Insta360 X3 360-degree appears to justify its price tag effortlessly. This is for the Standalone version. If you choose the Get-Set Kit, then you have to pay $486.99.

The official successor to the erstwhile flagship model of Insta360, One X2, which released last year, Insta360 X3 360-degree can be grabbed from Insta360’s official website itself. You can buy this one of the best action cameras of 2022, from other leading ecommerce sites too, like Amazon, B&H and Adorama. To the utter light of the consumers, the price doesn’t vary from Insta360’s official website and the Standalone version can be bagged at $449.99.

The new high-end action camera from the house of Insta360 has already managed to make a mark in the tech-industry within weeks of its global release. It has turned out to be an instant hit with the photography enthusiasts. The global photography community seems to have embraced Insta360 X3 360-degree wholeheartedly with love galore.

We have seen several groups on different social media platforms, getting flooded with overwhelming reviews of one of the best action cameras available in the market at present. These chain of events undoubtedly serves a massive boost to Insta360 as the company desperately tries to edge past its close competitor in the 360-degree action camera domain, GoPro. It would quite interesting to see when the Insta360 X3 360-degree locks horns with the GoPro Hero 11 Black.