Instagram Ads To Pop Up On Billboards And At Movie Theatres

After revamping the look and feel of the app, Instagram is here with its first-ever advertising campaign. According to Les Echos, a French business daily, Instagram ads will be displayed on billboards, movie theatres and obviously the internet. 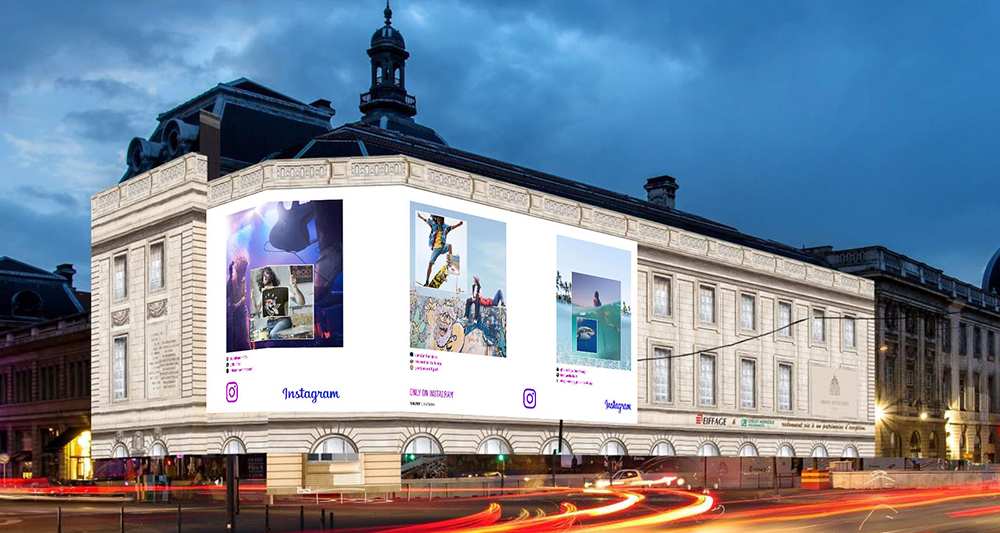 Recently, Instagram has stepped up its efforts to attract more advertisers. But this time, the roles are reversed: Facebook’s photo sharing app is now up with its advertising campaign in France. One of the Facebook’s spokesperson, Laurent Solly confirmed the news by saying, “We are still growing, but it’s mostly a way to celebrate our Instagram community, [which is] active in France.”

The Instagram ads that were on display were directly inspired by the content published by French Instagrammers and was coordinated by a French agency, Marcel. Solly further says, “It was important to keep a national writing, which puts the spotlight on ingredients that make Instagram a huge success in France including posts of cooking, fashion, creativity, and sport with the arrival of the Euro…” Facebook has further advanced its presence in France by investing in a new office that will be located in Paris, with over 75 employees working to strengthen its position in the country.

The amount invested in Instagram ads is not yet disclosed but we expect it to be “significant”. The campaign will be active throughout the summer until August. The announcement comes as France is about to host the UEFA Euro 2016 soccer tournament, starting this Friday. It also looks like an initiative to attract more users as more and more youngsters are leaning towards its’ competitor app Snapchat.

Snapchat has become the app that is installed in every millennial’s smartphone. It is great when it comes to capturing fun pics, may it be swapping faces or turning yourself into a cute puppy. Snapchat stories have given the platform a lot more popularity than its competitor app Instagram. Youngsters prefer to chat on Snapchat as it automatically removes old messages and leaves no evidence of any of the conversation. Snapchat is targeting both WhatsApp and Instagram by serving multiple purposes. On the other hand, Instagram still remains popular among people when it comes to sharing photos and videos that are more permanent than Snapchat stories and snaps.

This is among many other changes that the app has undergone during recent months. An Instagram update has changed its design to a minimalist monochrome look and has changed its logo. A recent Instagram update has launched Facebook-like business pages. The photo sharing app has been successful in attracting more than 200,000 advertisers on its platform, which is quite a big deal. Now, the platform that has been displaying millions of advertisers would itself carry and advertisement campaign to promote its offerings. Looking at this initiative, it wouldn’t be a surprise if you see ads of Instagram on the billboards in the United States within coming months.

There is no doubt that Instagram is becoming the ultimate platform for people to share photos, and Zuckerberg’s company is grabbing every single opportunity that comes in their way to make the platform as popular as Facebook or Snapchat.