In a dazzling event at San Francisco, Instagram announced an entirely fresh and the most exciting feature till date, IGTV. The standalone app by Instagram is for watching and uploading long videos of up to one-hour length in time.

“Instagram has always been a place to connect with the people who inspire, educate and entertain you every day. With your help, IGTV begins a new chapter of video on Instagram,” said Kevin Systrom, Co-Founder & CEO of Instagram in the blog post. 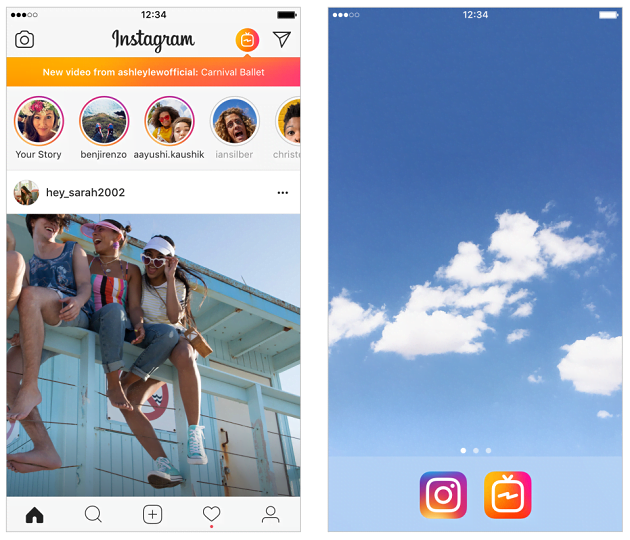 Instagram has kept its brand intact of being a mobile-first app from the day one of its launch in 2010. And now, even with a global community of one billion members, it continues to flourish on the same foundation. The company has made several attempts for maintaining connections between the flagship app and newly launched IGTV.

To make this video-watching experience smooth from the start, the company has placed a TV-shaped button before the DM airplane symbol within Instagram. So, the users can access the uploaded long videos either from the standalone app IGTV or from the flagship app itself.

Interestingly, the all-new Instagram standalone app supports vertical videos in full-screen layout because it is the natural way one uses a phone.

The app also allows users to discover more videos based on individual interests. Basically, there are four sub tabs in IGTVnamely “For You,” “Following,” “Popular” and “Continue Watching”. While the members can Like or/and Comment on the videos, they can also Send videos to their friends via Direct feature. 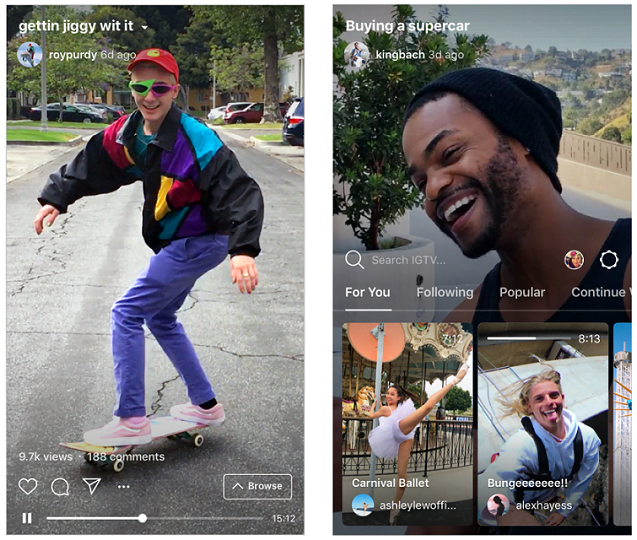 Everyone is a Channel

As the name suggests, IGTV is Instagram’s own TV and hence it should definitely stream content through channels. In the new standalone app of Instagram, each creator is a channel in itself. The users just need to upload vertical videos of minimum duration of 10 minutes in the app or on the web and start their own channels.

The larger accounts like celebrities and brands can post an hour long videos on IGTV. Instagram made it very clear that it will not pay anyone to upload content on its new standalone app.

During the launch, Systrom also indicated that the company may allow users to upload unlimited length videos at some later phase. 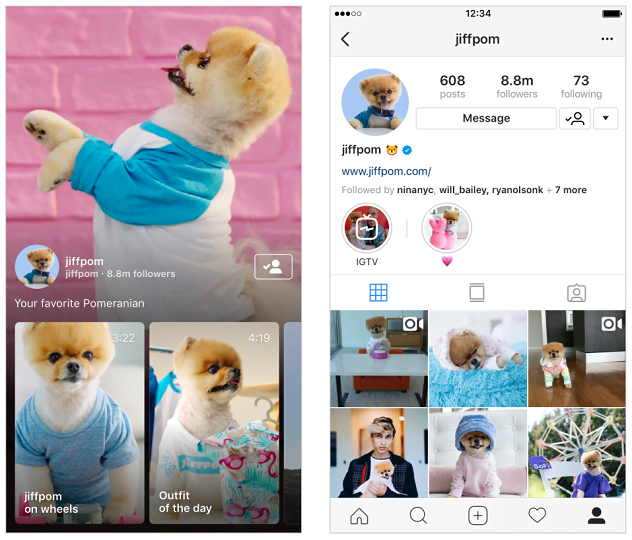 On the Instagram IGTV app, users just need to upload vertical videos of minimum duration of 10 minutes in the app or on the web and start their own channels. Source: Instagram

It is interesting to highlight that Facebook has recently added few new tools to its video platform and now we have another video supporting feature as IGTV in one of its affiliates.

There is no ad-supporting service in IGTV presently. Although Systrom adds that it’s “obviously a very reasonable place to end up.”

Today’s younger generation is distancing from TV and radio. A mobile is a ubiquitous portable device that is accessible to everyone now and then. Therefore, it is a great opportunity for creators/advertisers/brands to leverage IGTV’s powerful service. The app is now functional on iOS and Android systems.

“When you watch the longer video, you need a different context,” the CEO stated. “We really wanted to separate those two so you could choose which adventure you wanted to go down.”