The big technology company, Meta, has finally released a feature that can cease the minds of many parents. The new feature is called the Instagram parental controls.

Parents can finally monitor the digital wellbeing of their kids, especially teens. On June 14th, Meta announced that it will be releasing a set of features to help make teen’s much safer. Parents will have the ability to engage more with what their kids do on Instagram.

The feature was released earlier in the United States sometime in March and is now being released this month in some other countries. These countries include Japan, France, Australia, the United Kingdom, Germany, Canada, and Ireland. Meta has also promised that the feature will be released all over the world before the year ends.

According to reports, Meta had eight lawsuits in regards to this same issue. Meta was accused of making its social media apps highly addictive, especially for young kids. The technology company has moved quickly to address the issue by introducing Instagram parental controls. However, many people still believe that Meta has only covered the bare minimum but still acknowledge the effort from the technology company.

An Indian motivational speaker, Priya Kumar, made a statement regarding the new Instagram parental controls. “Developing features to help teens and other people manage their use of the app is helpful,” she said. “But the features on their own, of course, aren’t going to resolve these complex issues.” 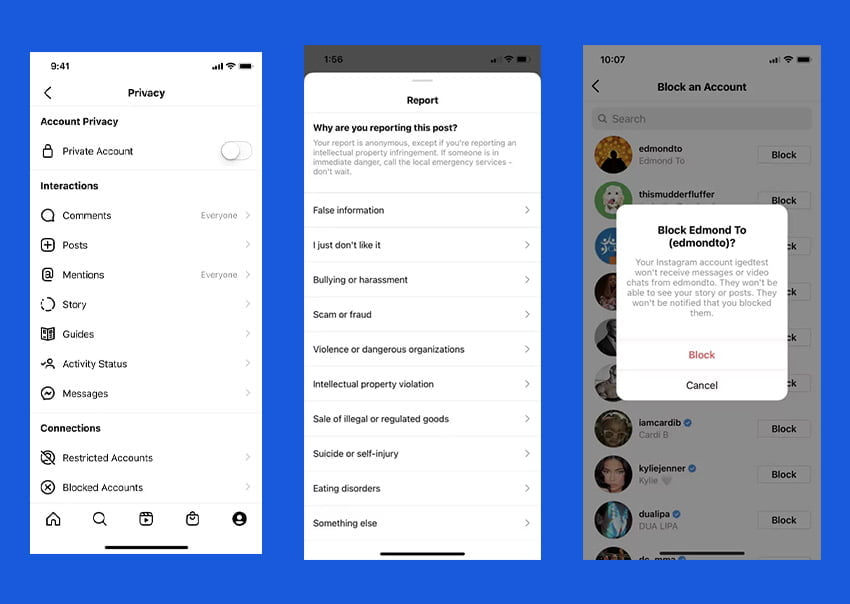 However, others believe that this could be a good start to help reduce the terrible experiences young teens might be having while using the Instagram app. Meta has been making efforts to make the app more bearable for all users, especially with the feature it introduced last year. The feature is called “Take a Break.” It reminds users to take a break, especially after they have spent so much time scrolling through the reels.

Social media shouldn’t be depressing or unhealthy. The consideration of digital wellbeing and parental controls is a great start to fighting the problem. Updates to the feature, which was released for those in the United States, are now available.

The new tool now allows parents to send a request to their kids in order to begin the process of supervising, whereas previously only the teens had such access.

The tool also allows parents to set limits daily on how much time they want their kids to spend on Instagram. This means that Instagram won’t be accessed by their kids after the time limit has been exhausted.

Meta has also provided guides for parents to enhance their digital wellbeing. These guides include conversation starters that will help parents navigate how to go about talking about the parental controls, the terms of the feature, and safety features.

The technology company is also introducing a feature called “Nudges” to the Instagram parental control tools.

“We designed this new feature because research suggests that nudges can be effective for helping people — especially teens — be more mindful of how they’re using social media in the moment,” Meta said in a statement. “In an external study on the effects of nudges on social media use, 58.2% of respondents agreed or strongly agreed that nudges made their social media experience better by helping them become more mindful of their time on-platform.”

The feature will help users, especially teens, to be more mindful of the content they spend a lot of time on.

Also, there are updates to Meta’s Quest store for teens. Teens can request permission to purchase an app that has an age limit from their parents. This is how it works: kids send the request using the option “Ask to Buy” to their parents, then parents go through the app details and decide whether to approve the purchase or not. Parents can also block certain apps from their kids and can also receive notifications whenever their kids purchase any app from the store.

Reports also state that Meta is also making an effort to fund young creators to produce responsible content for young viewers in a bid to improve digital wellbeing. They will be trained properly by experts as well.

Meta’s Instagram parental controls are an impressive feature, especially for parents who worry about their kids’ wellbeing, especially when it comes to social media. The tool will do at least a little of all the work that is required, which is very helpful.