Intel Corporation’s 9th generation processors could surface in the market earlier than expected, while the company has delayed the launch of its 10-nanometer Cannon Lake chips until next year. WCCFTech alleges that Intel might launch three of its mainstream desktop processors in Core 9000 series on October 1, 2018.

According to a confidential note secured by HKEPC Hardware, the new Intel 9th generation processors will reportedly arrive with more cores and have faster functionality. The credit for the enhanced performance of the new processors goes to developments in 14nm process node. 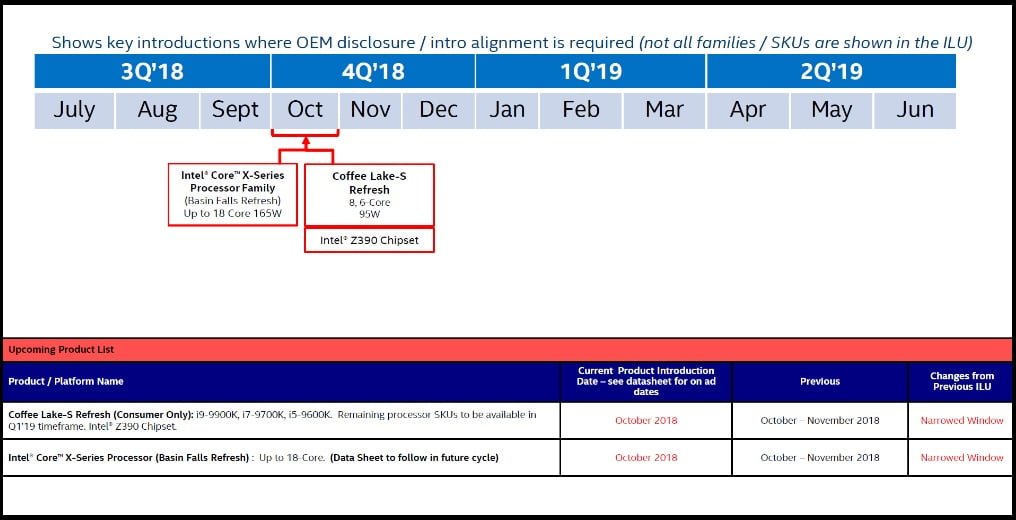 The giant chipset maker will primarily introduce three Core 9000 series unlocked processors at the beginning of the 4th quarter with rest of the family slated to release in early 2019. The October launch will also include a refreshed version of Core X-series family coupled with the introduction of new Z390 motherboards.

As per the leaked note, the Intel Core i9 9900K processor will be shipped with 8 core and 16 code thread. It would support 16 MB of L3 cache and Intel UHD 620 graphics chip.

WCCFTech further mentioned the upcoming flagship processor would deliver a clock speed ranging between 3.6GHz and 4.7GHz, depending upon the number of cores. The 4.7 GHz frequency with 8 cores will be the highest of what we have seen till date across all cores. 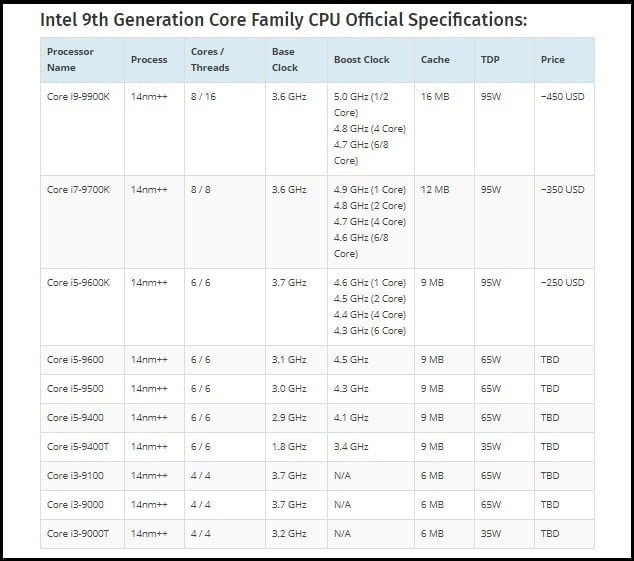 If rumors are to be believed, then we will certainly see faster Intel processors configured in the new desktops to be launched later this year. ASUS, ASRock, MSI and Gigabyte have reportedly passed on their confirmation to install Intel Core 9000 series on their 3000 series boards.