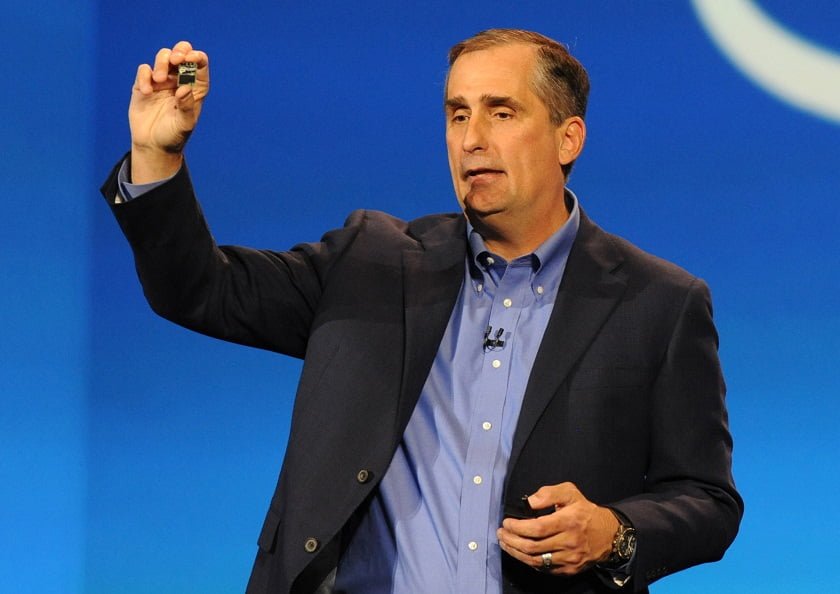 In 2016, with PCs market declining, Intel’s goal is to lower its reliance on PCs. The market for Personal computers is not a hit anymore, so that might hurt the company. As the demand for desktops falls, demand for chip’s shipment and revenues fall along.

One might think that such scenario will jeopardise giants like Intel, but it doesn’t seem so. From numbers disclosed by the company and statements from CEO, it appears that company can grow even when the PC’s market fall. The CEO, Brian Krzanich clearly stated that “Our growth is not dependent on this business.”

According to analysts, the company is expected to grow 4% in 2016, not by relying on microprocessors for desktop and laptops, but by involving in markets like data centers, memory and Internet of Things.

Intel is not relying on PCs

The company has a division for IoT and memory, which is called Data Center Group (DCG). DCG generated 40% of company annual revenue in 2015. As estimated by Brian Krzanich, this percentage is expected to be even higher in 2016.

It’s not that company will stop dealing with PCs, it will continue to innovate in PC business, but it will not solely rely on PCs. Krzanich said that “Our Company will provide worthy opportunities in the market segments like data centers, memory and Internet of Things in future.”

As per Patrick Moorhead, principal analyst at Moor Insights and Strategy, the chip maker is diversifying because it does not want to invest all of its efforts in a single sector. The company will always innovate in PC market, but the company will also invest more in the growth business.

“During the fourth quarter, demand for server processor was very high in cloud and communication sectors,” said Krzanich.

DCG deals in server chips and is company’s second-largest and most profitable business. Analysts estimated that DCG will have double-digit revenue growth in 2016 because of its server chip and its well-performing computing products.

The company will be delivering Broadwell-based server chips in the first quarter of 2016. It will also start shipping its reprogrammable chips that combine Altera’s FPGAs with its server chips to cloud customers. It acquired Altera on December 28, with $16.7 billion.

It will also be launching Optane – a new class of storage and memory for PCs and servers. Optane is claimed to be 10 times denser than DRAM and 1,000 times faster than flash storage.

Intel will continue to grow, with or without PCs market, with its new divisions and market segments.