Intel has always been leading the tech industry in I/O innovation. With the help of USB, the chipmaker opened doors for easier and faster approach to connect external devices. After this came the evolution of the connector ports two years ago, which made an advance to Thunderbolt, Intel’s high-end hardware by embracing USB-C. With this, the company gave a boost to a port that had the capability to do it all. Now, the chipmaker has announced certain steps to make Thunderbolt 3 port available to the masses.

Currently, Thunderbolt 3 is the most powerful in I/O innovation by Intel. With the advancement of VR and high 4K resolution videos, Thunderbolt 3 port is a necessity in the PCs.  The port is equipped with a transfer speed of 40Gbps. This speed roughly goes well with a 4K resolution movie in 30 seconds. It can power devices and connect to high-end 4K peripherals. But the major downline is that the commercial implementation may take a lot of time because of the high cost and low availability. 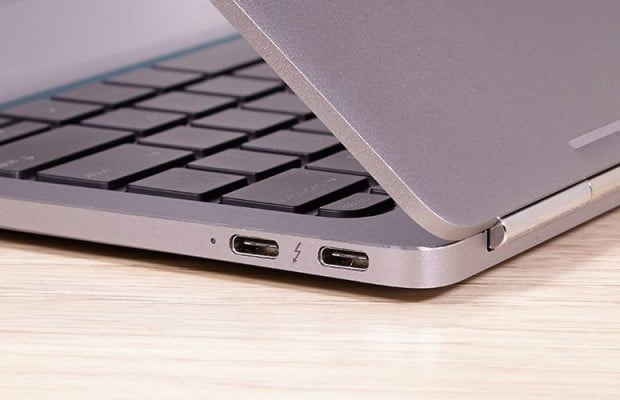 Presently, Thunderbolt 3 with the help of USB-C has made up to a certain level of significant adoption. Around 180 Intel Core PCs now offer Thunderbolt 3 with another 30 to add up by the end of 2017. But all these systems have expensive 7th generation processor chips.

Changes for the Thunderbolt 3 Port

To make the adoption of Thunderbolt 3 ports broader and less expensive, Intel is taking two major steps. First is, integrating the Thunderbolt 3 into the Intel CPUs itself. Second is, to make the Thunderbolt protocol specification open and royalty-free to third-party chipmakers by next year.

The official release by Intel on their website states “We envision a future where high-performance single-cable docks, stunning photos and 4K video, lifelike VR, and faster-than-ever storage are commonplace”.  The chipmaker intends to develop a tech world where a single USB-C connector would be enough for all the functions.

If Intel’s plans fall into place, then the need for high-rate transfers for advanced operations would get satisfied. In today’s world of 4K drone videos, VR and AR driven devices and apps, the Thunderbolt’s speed would surely make transfers faster. In terms of the Thunderbolt 3 port, we can envision a single port that would be doing everything.