It doesn’t matter if you are an iPhone user or not, nor does it matter if you follow the tech news. Even if you are a layman lost in your own private bubble, news about the latest Apple software update will make sure it bursts your little bubble to make its presence. Not only this, but the update becomes a popular topic of conversation, be it in the office or a social gathering. This in itself gives us an idea about the anticipation which takes place waiting for the next update. The latest update is the iOS 11. The iOS 11 user interface is a fresh change in comparison to the usual software updates.

The news about an iOS update is usually all over the news be it social media or the regular tech news. On knowing that one’s iPhone is downloading the latest software, iPhone users can’t wait for the moment to come when it’s installed and he can catch a glimpse of it. Same happened with the iOS 11 user interface as well. As soon as the installation of this update is complete, you will instantly notice a remarkable difference in the basic features of your iPhone or iPad. The change in layout makes the software update even more appealing to the user. 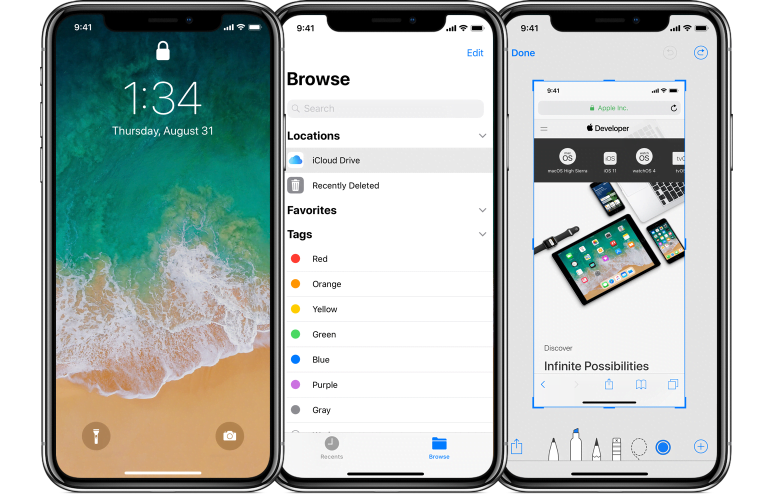 The iOS 11 user interface is a fresh change in comparison to the usual software updates.

The main highlight of the iOS 11 user interface is that it comes with the built-in technology of augmented reality. All the major gadgets of today consist of this technology now even the iPhone joins this league. This latest technology will make the apps more immersive and will blend realistic objects in the virtual world in a seamless manner. The navigation offered with also be bolder than earlier to ensure quick guidance.

You need not narrow your eyes and look for your favorite app as you will find them on the first go due to clearer icons. The drag and drop feature makes it easier to customize your phone according to your demands. As the iOS 11 user interface will be available on the latest models, it will have the Touch ID along with the Face ID. This is keeping in mind the iPhone X. The software helps you read tags on any nearby electronic device which are in sync with the Apple one. Especially the control center of the software has undergone an absolute makeover. This control center has become the talk of the town.