IOS 16 to bring new look to the Apple lock screen

Apple iOS 16 is bringing a new look to the Apple lock screen, and it seems like it’s going to be a big one. Starting with iOS 16, you’ll be able to access widgets and other information all from your Apple lock screen. You will also be able to customize your lock screen to your taste. You can use your preferred colors, fonts, and styles that suit your taste.

These new features are included in the latest beta version of iOS 16, which was released on Monday for developers after Apple WWDC 2022. The public version for all users will be released in July.

The Apple lock screen is about to get a whole lot more interesting. 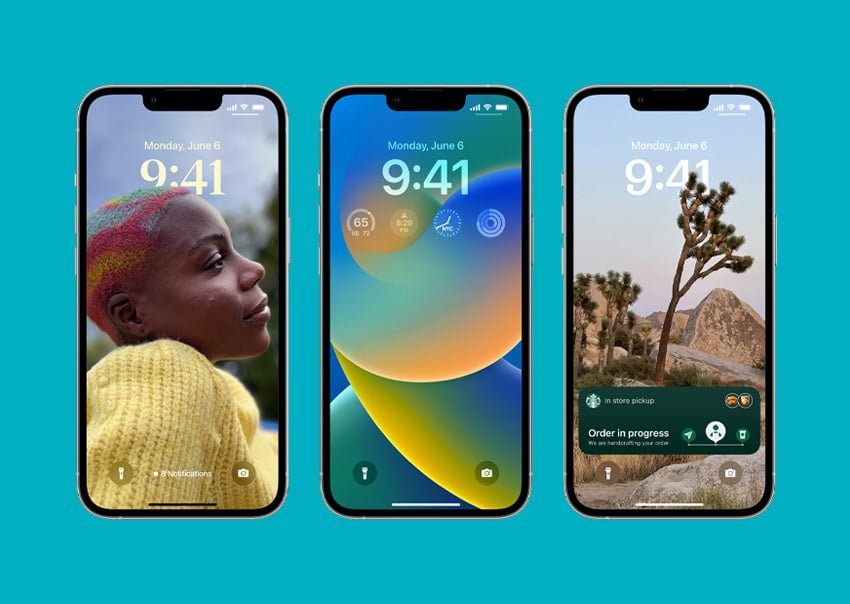 There’s a lot more to explore with Apple iOS 16.

When you first fire up your phone after updating, you’ll see a big change: instead of just showing the time, date, and battery level, Apple iOS 16 gives you access to set up your next event on the lock screen or even better, set up your weather. This is great news for people who use their phones as a calendar—now they’ll have no excuse not to know what their next appointment is. Unfortunately, Apple iOS 16 is only available for the iPhone 8 or later. In order to add widgets to your screen, you will have to tap the plus (+) sign below the time on your screen. A list of options would be displayed on the screen where you can choose from either the recommended category or make your own selections.

On your iOS lock screen, you can only add 4 small widgets, 2 medium-sized widgets, or 1 medium-sized widget and 2 small widgets. In addition to this, you can add another widget to the date/day section at the top of the screen by just tapping on it and making your selection. You also get to customize multiple lock screens for your iPhone, which you can swipe through to select from, and you can set them to focus modes.

Another feature that will be coming in Apple iOS 16 is a brand new way of customizing your lock screen. Now, users can take advantage of all the colors and designs they would prefer to see on their Apple lock screens. The fonts can be changed to a different font size, and the colors can be changed as well. After installing iOS 16, long press on your lock screen. You will see an option “Customize” then click on the blue plus (+) sign. Next, you will see various wallpapers to pick from by just swiping sideways to your desired choice. You can also set up a photo shuffle for your favorite pictures to be displayed on your iOS lock screen. Another really nice thing about this feature is how you can change the fonts and colors of the text on your screen by just clicking on them.

These features are top-notch and quite interesting, and we can’t wait to have them publicly released for all users.

Apple iOS 16 is bringing a new look to the lock screen. It’s still the same familiar screen you see when you wake up your phone, but it has been revamped with a new look that makes it more useful and easier to use.