iPad Pro 10.5 Review: It’s the best tablet out there, but is it a laptop replacement?

The iPad Pro 10.5 went on sale last week, and it is hands on the best iPad Apple has ever made. Sure, it’s not colossal as the 12.9 inch screen, but it’s just the right size to be used as a laptop replacement. It is less bulky and more lightweight than any tablet in the market. It’s the perfect size, with a cinematic display, and a great battery life! To help you make your decision, here’s the 10.5 iPad Pro review. 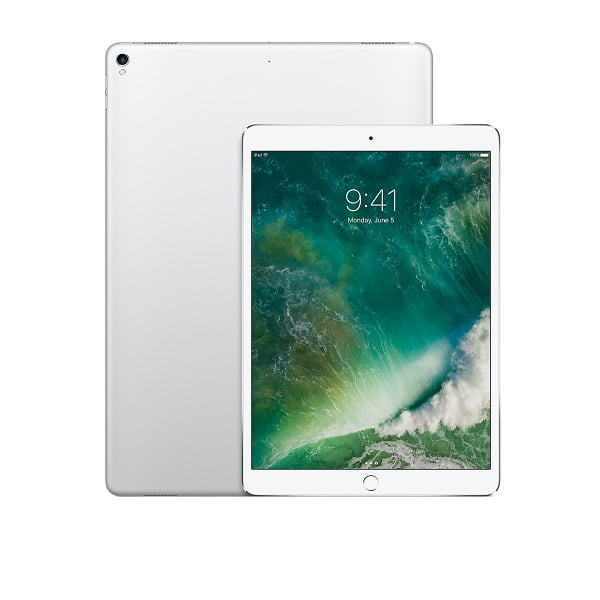 “ProMotion” doubles the screen’s refresh rate to 120Hz. (The refresh rate of the screen refers to how many times per second the screen refreshes the image on it.) Meaning, in all its cinematic glory, the 10.5 iPad Pro delivers fluid scrolling, panning and zooming. You have to see it in person to truly understand what I mean when it say this display looks absolutely stunning! 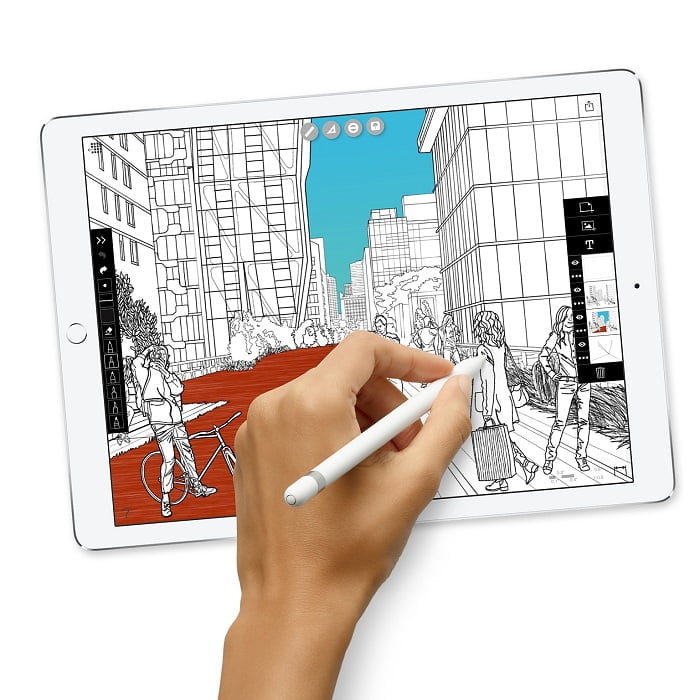 The results are even clearer with the Apple Pencil. ProMotion display on 10.5 iPad Pro means reduced latency of 20 millisecond with the Pencil. Let’s just say the Apple Pencil is as close as anyone can get to an IRL pen-like experience on a tablet. If you’re someone who needs Pencil support for art or note taking, then the new iPad Pro is you go-to device. As someone who can hardly draw (very little and poorly) the Apple Pencil improvements make little to no difference to me. But, I must admit, the smoother display is definitely a PLUS!

Apple has spared no expense to make sure you get professional-quality photos and videos with the two cameras. On the back of the iPad Pro 10.5 sits a 12-megapixels camera with an f/1.8 aperture lens. It allows 5x digital zoom and optical image stabilization. The front-facing camera is a 7-megapixel FaceTime HD, with f/2.2 lens and 1080p video recording that’s found on the iPhone 7. The results are incredible. The photos and videos you’ll take look great with the large display allowing you to take natural-looking snaps. We must say the new iPad Pro lacks the dual camera set up, and that’s a huge disappointment. Nonetheless, it’s by far one of the best camera setup ever put in an iPad and makes this tablet every Instagram user’s delight. The powerful sensor in the camera make scanned images and text look much sharper, thanks to improved brightness and clarity. 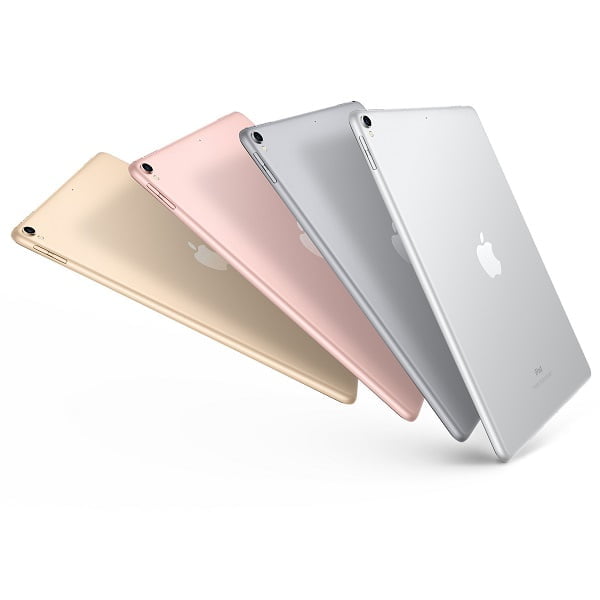 The four speaker setup on the new iPad Pro is louder and crisper. All four loud speakers work in harmony, presenting stereo sound that automatically adjusts to output the best sound based on how you’re holding the device.

Touch ID 2, first introduced on the iPhone 6s, will allow you to unlock the device or authenticate purchases faster than before. Unfortunately, that’s the only difference – Touch ID2 makes everything faster.

Unlike the 9.7 inch iPad Pro, which lacked support for USB 3 data transfers, the new 10.5 iPad Pro does. The device brings improved turnaround times for pro-oriented workflow, such as transferring large video files to the iPad’s internal storage via an SD Card.

The iPad Pro 10.5 comes with iOS 10.3.2 out of the box. It’s devoid of all the new features such as dock, drag and drop, and enhanced windowed multitasking system. It is not until this fall that Apple will release iOS 11 wrapped with powerful features, which means early adopters have a lot of goodies to look forward to. Sure, we look forward to the game change – iOS 11. 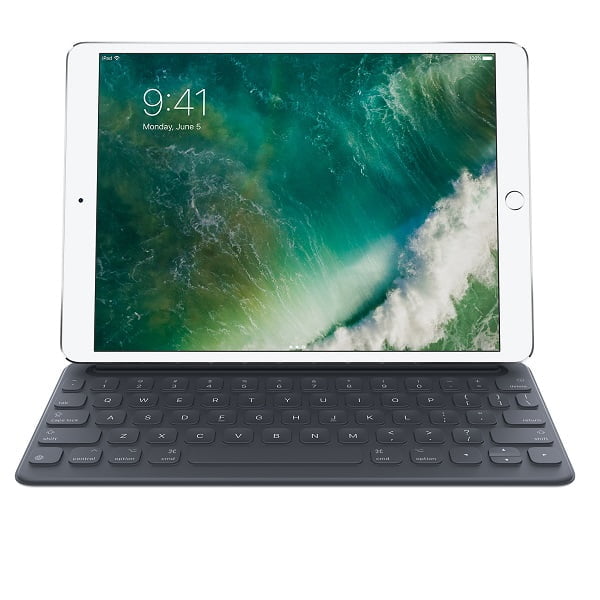 All thanks to the new Apple A10X Fusion chipset, and the 4GB of RAM it’s paired with, the new iPad Pro is powerful and faster. The A10X chipset is by far, the most impressive mobile CPU we’ve seen. The latest tablet has a 2224 x 1668 resolution, a little high from the 2048 x 1539 in the 9.7 iPads. Besides, Apple’s True Tone display adjusts color temperature in the most subtle way.

Growing from the sub-standard 9.7 screen size to 10.5 inches is a smart move. Apple seems to have kept move of the same design – a glass front, thinner bezels, an aluminum back, metal edges and rounded corners. The shrinking of the bezels has definitely given the screen more valuable real estate.

The combination of the A10X Fusion chipset and the ProMotion display give a better battery life for media. If you are looking at the new iPad Pro as a laptop replacement, then you slight-reduced stamina is an accepted trade-off.

The 10.5 iPad Pro battery life is dependent on what you actually do with it. If you’re only going to pull it out of your bag to Reddit or watch YouTube before you nod off to sleep, you’ll easily get a week’s worth of standby from a single charge. For extensive usage such as photo processing though, the battery can drop off to 2-3 hours of use on a single charge.

If you’re weighing options, the iPad Pro 10.5 is your go-to device.