Apple Inc. is trying hard to make its upcoming iPhone 7 lineup a huge hit. Sure, the device won’t undergo a major design upgrade, but if iPhone 7 rumors are anything to go by, even the smaller upgrades will be powerful ones. 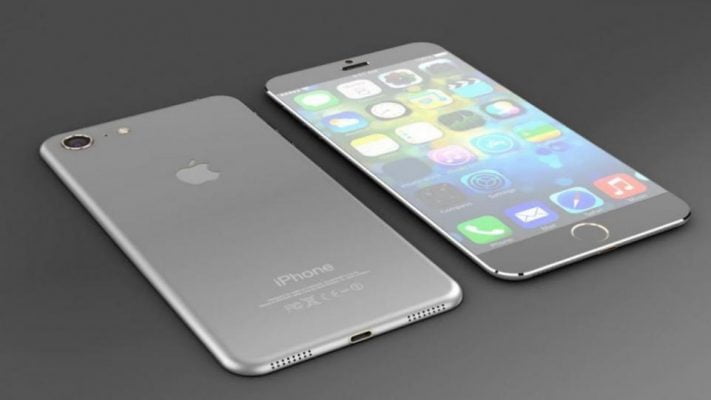 We’ve arrived with the terms in last few months that Apple’s 7 series are going to feature three models in the lineup – the iPhone 7, iPhone 7 Plus, and iPhone 7 Pro. Apart from this, popular iPhone 7 rumors suggest the high-end smartphone models from the iOS behemoth will feature a better camera. The bigger phone, i.e. the iPhone 7 Plus will arrive with a dual-lens camera, while the 4.7 – inch iPhone 7 sport a traditional camera setup with minor changes. Though, there has been no official statement concerning the latest feature, the pictures supplied by a site Nowhereelse.fr serve as strong evidence. The website has been so far a relevant source for numerous Apple leaks.

We do not have any strong evidence, to sum up, a conclusion for the upcoming iPhone 7. Though, there are chances that enlarged size of Apple iPhone’s CMOS sensor may accommodate enhanced image stabilization, more megapixels, and larger pixels.

Mass productions for the lineup are under process. Tech analysts and enthusiasts have forecasted slow sales for iPhone 7 in the first quarter considering the company is not introducing any major changes. Apple, on the other hand, plans the otherwise. The Cupertino-based behemoth is eyeing a decent profit and revenue margin during the first quarter of release. It seems Apple is smartly teasing iPhone 7 specs one by one without giving the official confirmation.

The latest iPhone 7 rumors suggest that iPhone 7 will have lightening-powered earpieces, which tip the idea of headphone jack’s demise. Along with this, iPhone 7 battery life will also increase. The iPhone users are in a dire need of battery upgrade.

A leak reported by tipster Onleaks suggests the iOS behemoth is increasing the life of iPhone 7 battery to 1960mAh. The current model, iPhone 6S, features a 1715mAh battery. The decision to increase the size is probably taken to accommodate the additional new hardware. The latest A10 processor is expected to be mightier than its predecessor. But, it doesn’t seem like a perfect solution to drive away those battery woes. Poor battery life is one of the most painful issues in iPhone lineup. It looks like Apple is in no moods to bring significant upgrades to solve so far.

It’s expected that antenna bands of iPhone 7 will be moved to the smartphone edges. The phone will get rid of Home Button feature. Apple is planning to offer the upcoming smartphones, i.e. iPhone 7, iPhone 7 Pro, and iPhone 7 Plus, in three different storage variants. These are – 32GB model, 128GB model, and 256GB model.

As far as iPhone 7 price is concerned, we’ve listed below the prices reported by popular leaks.